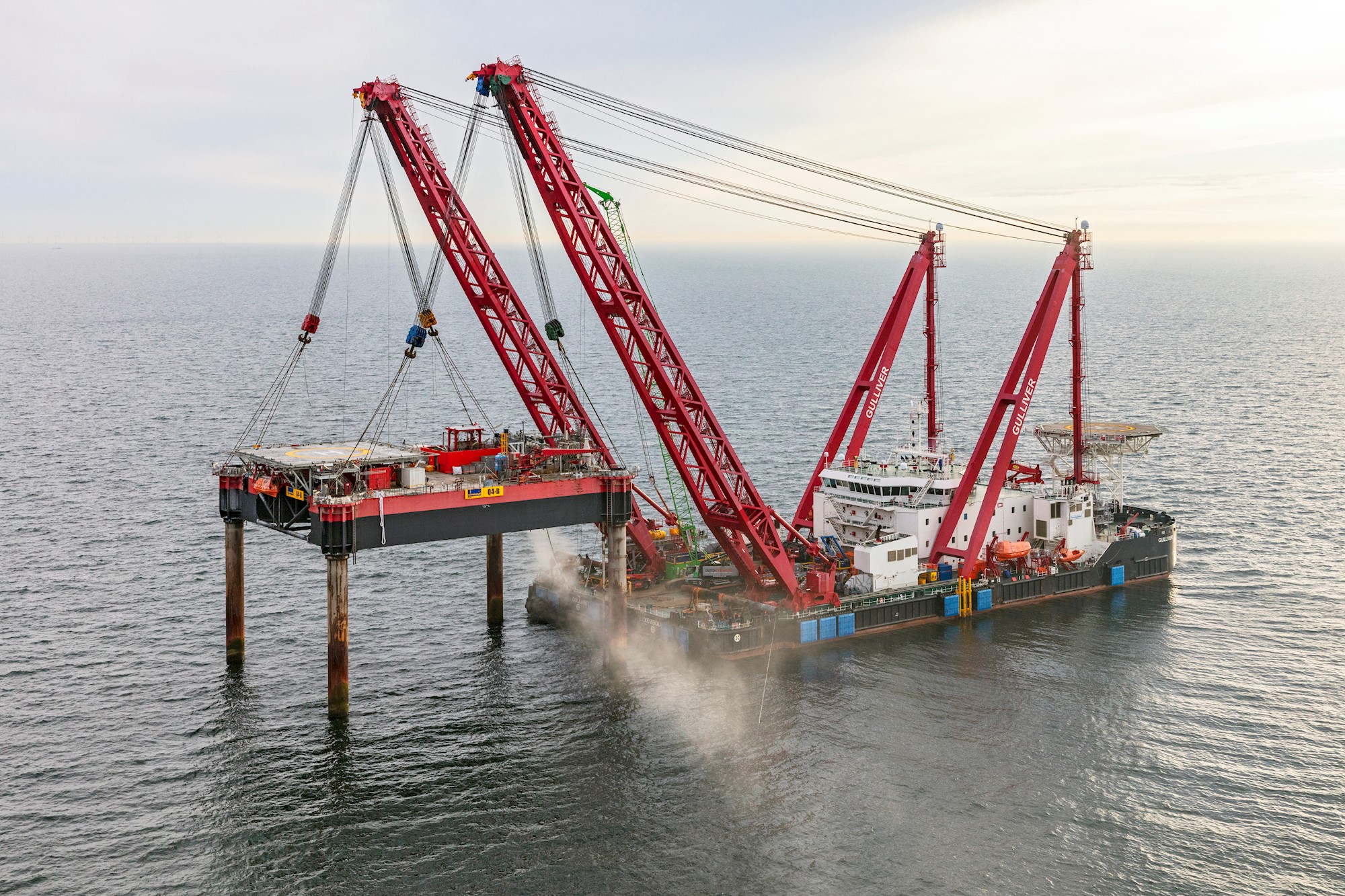 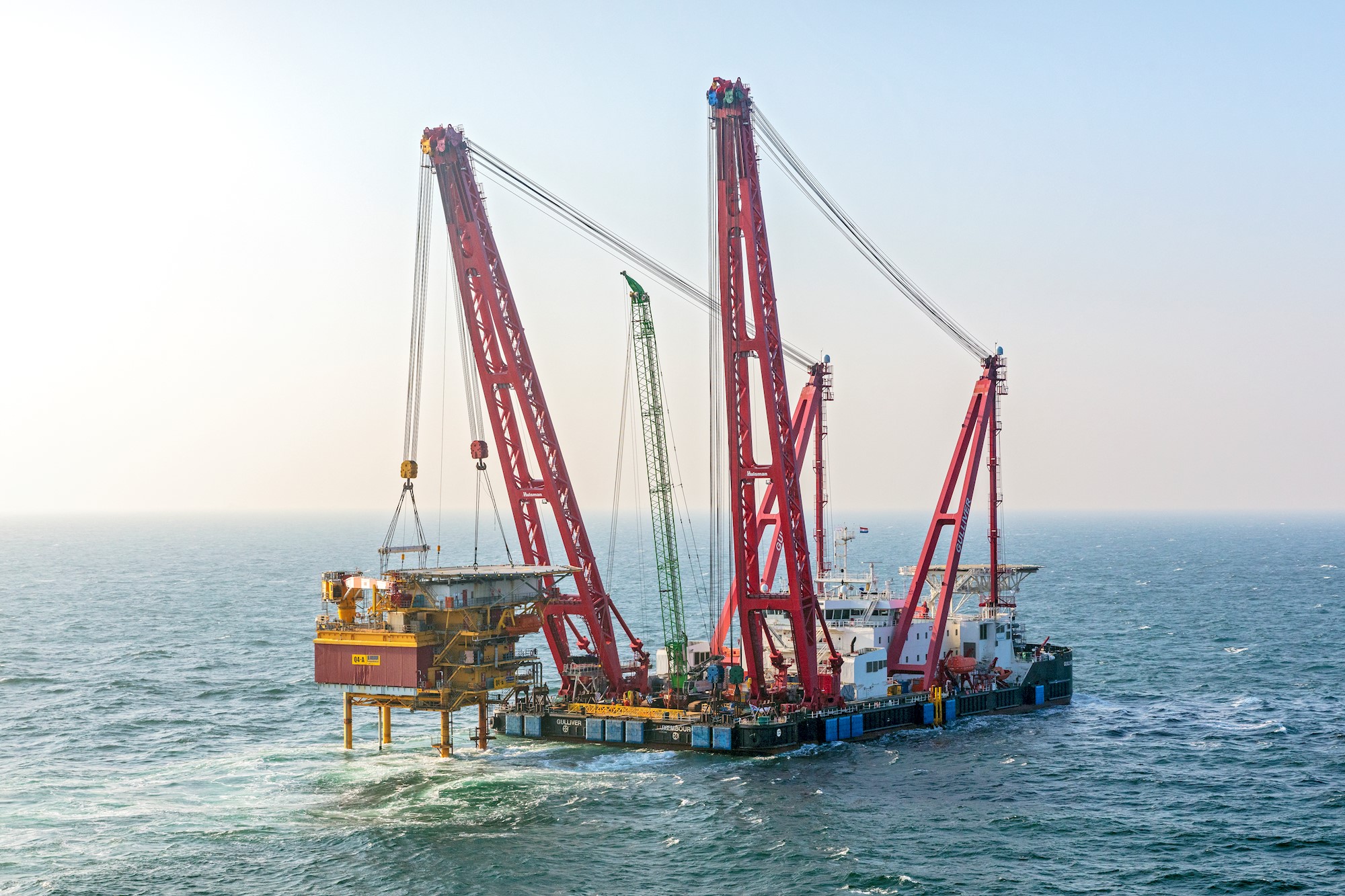 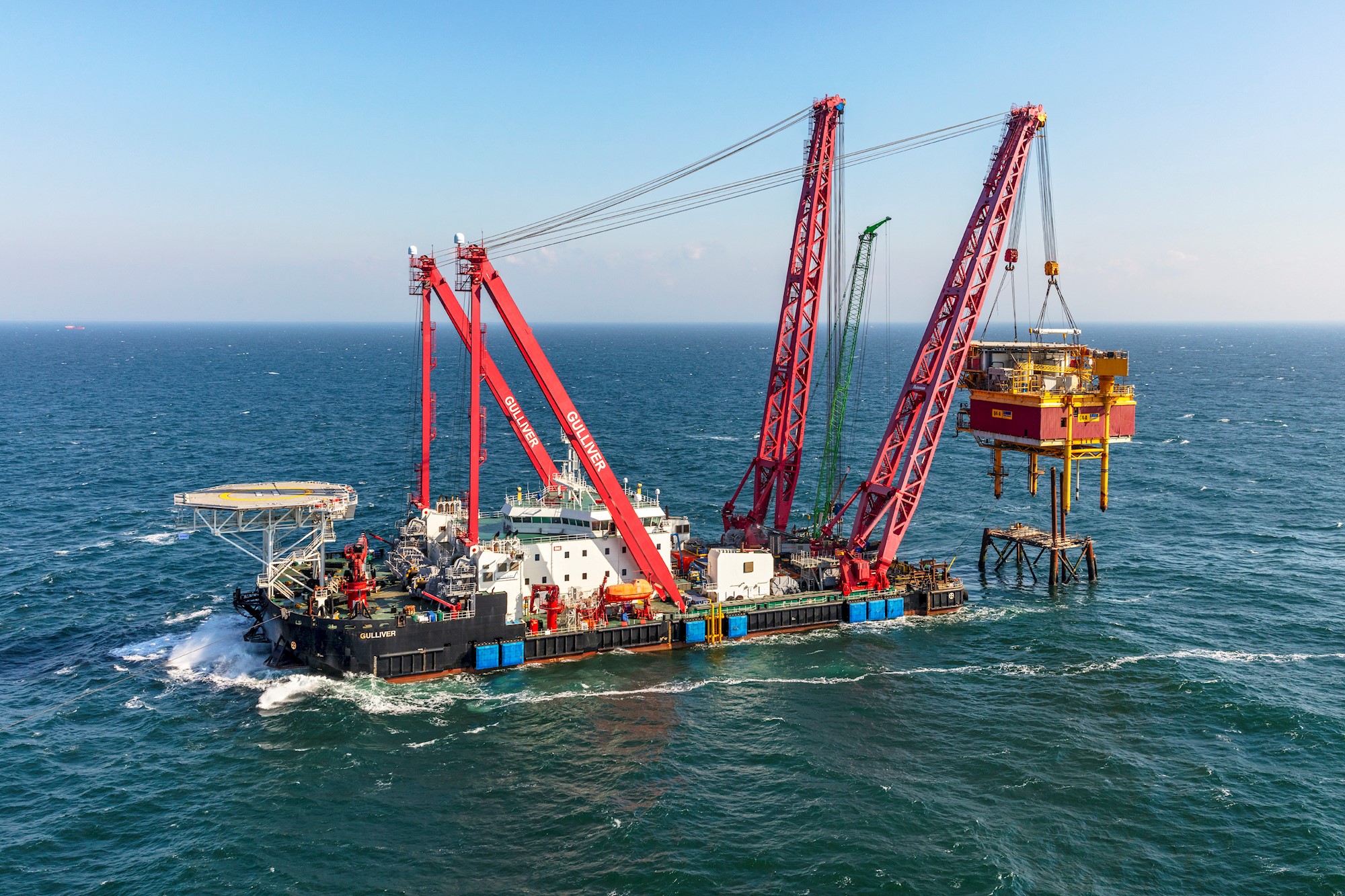 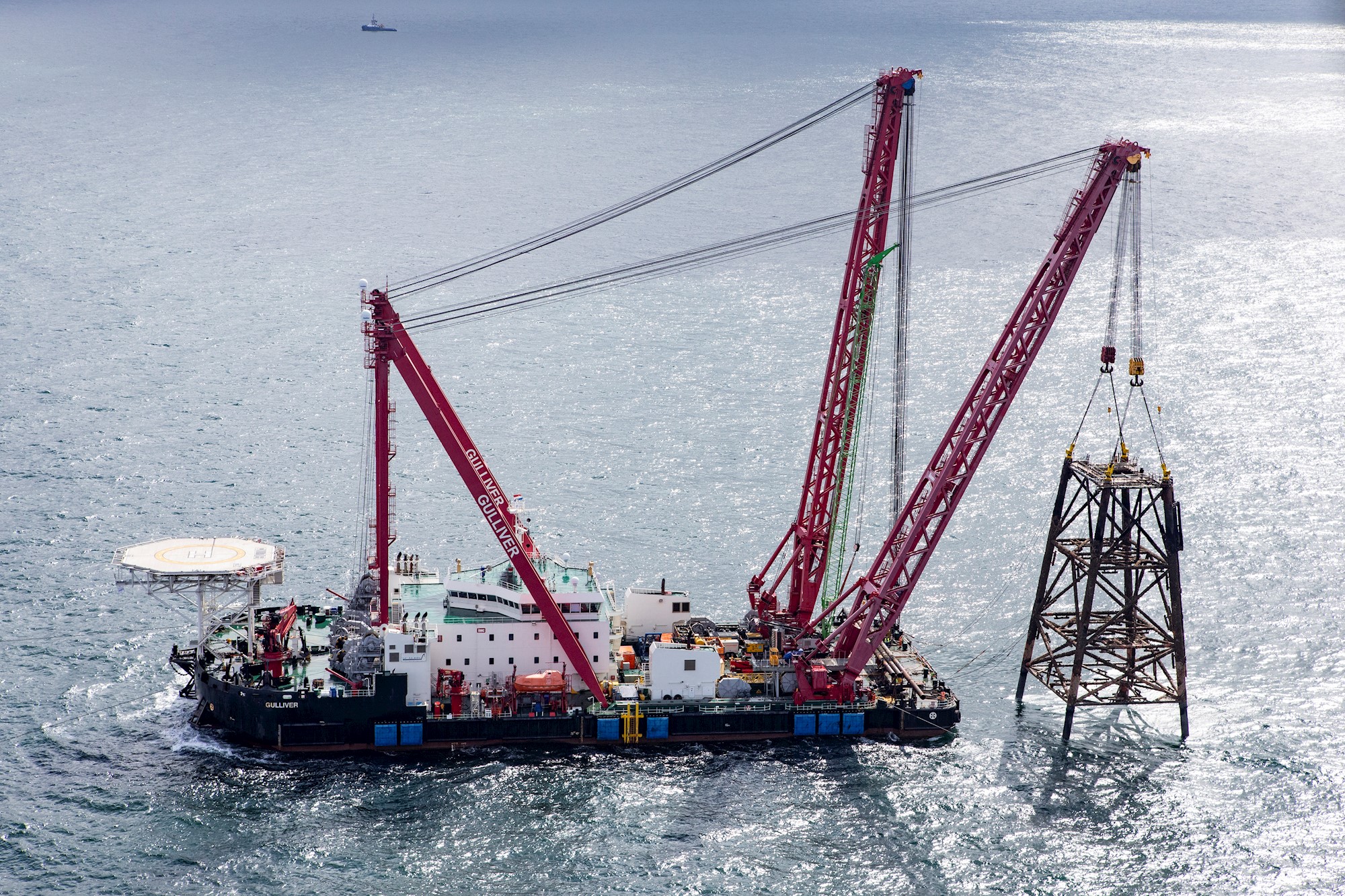 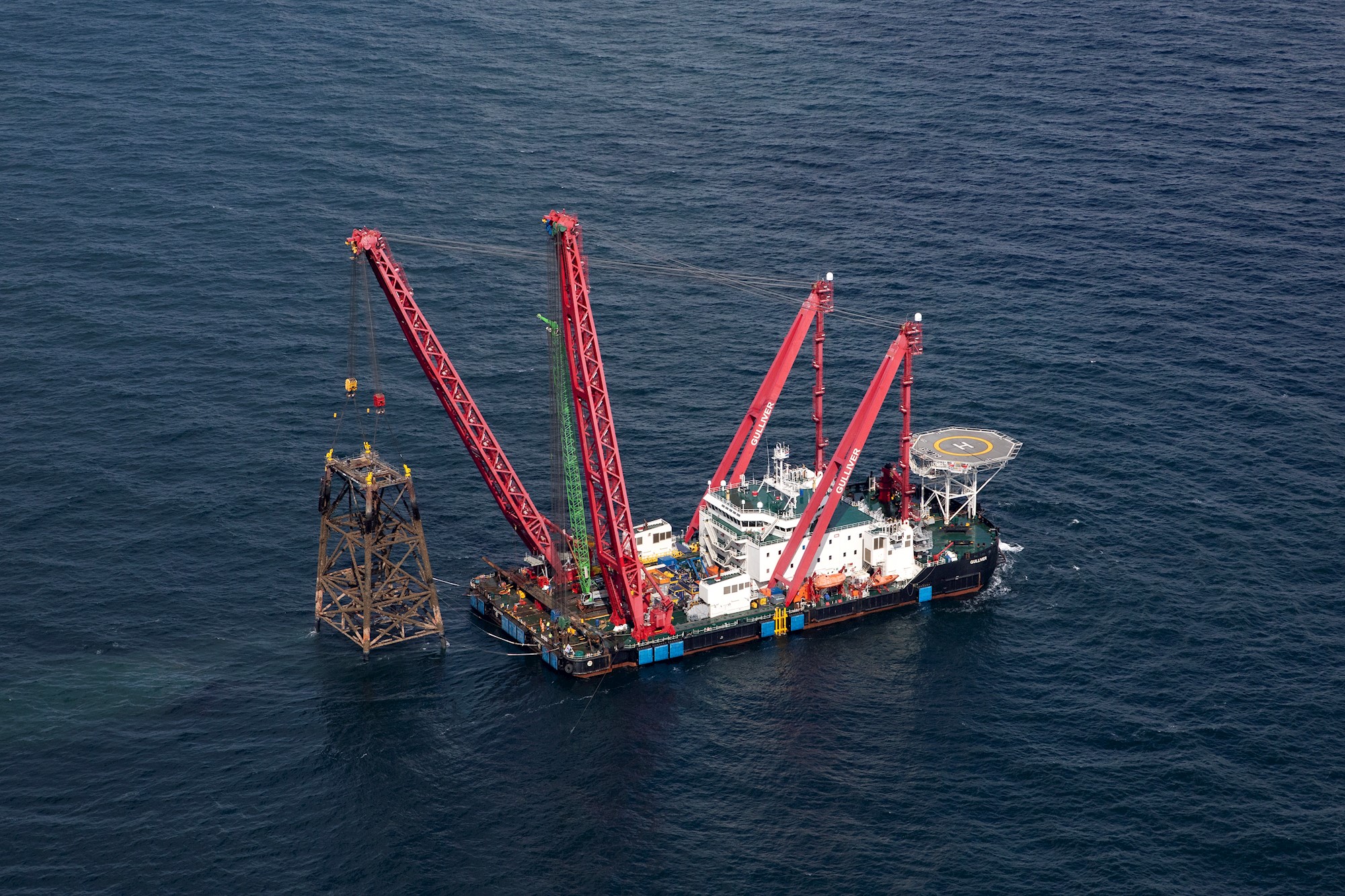 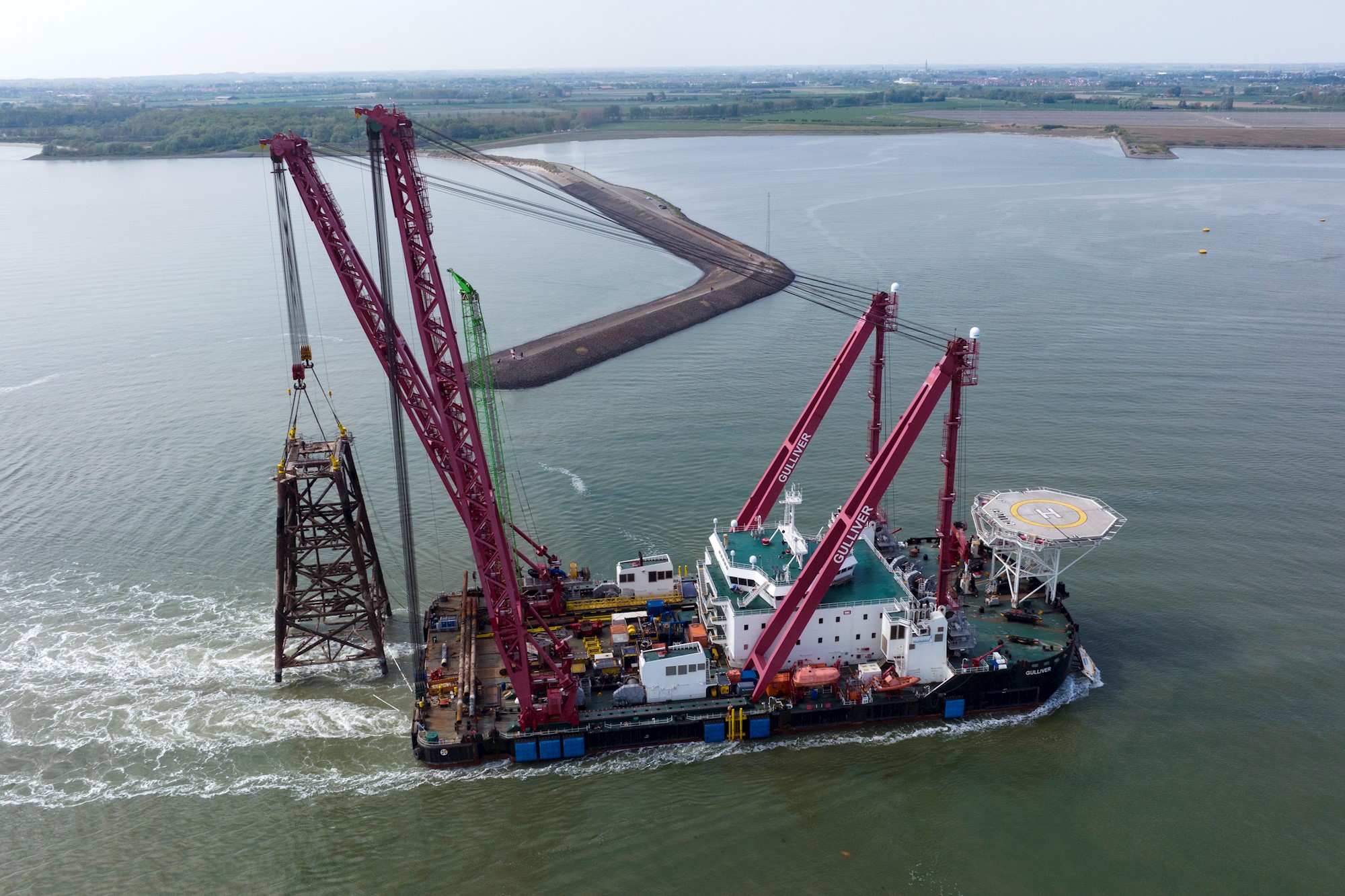 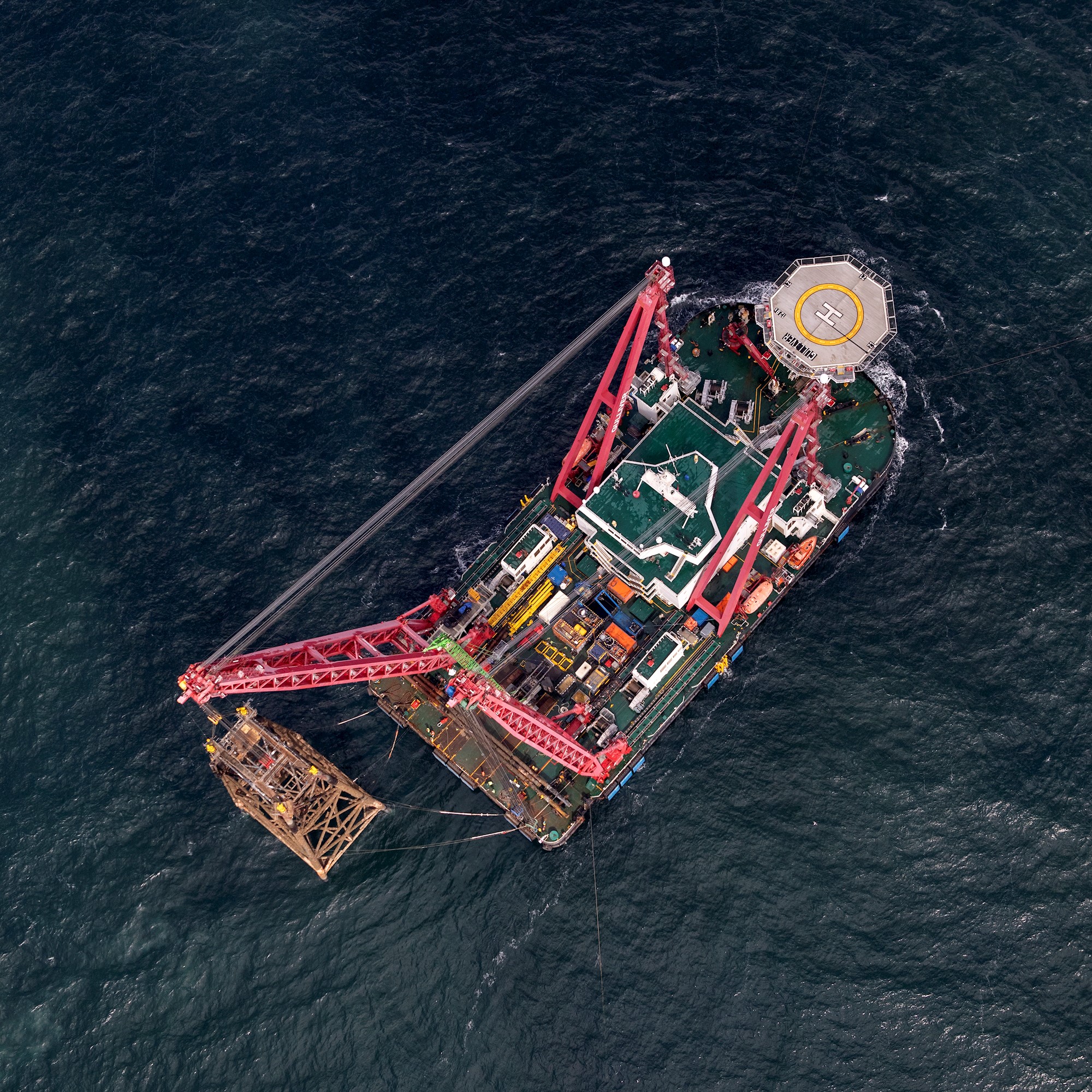 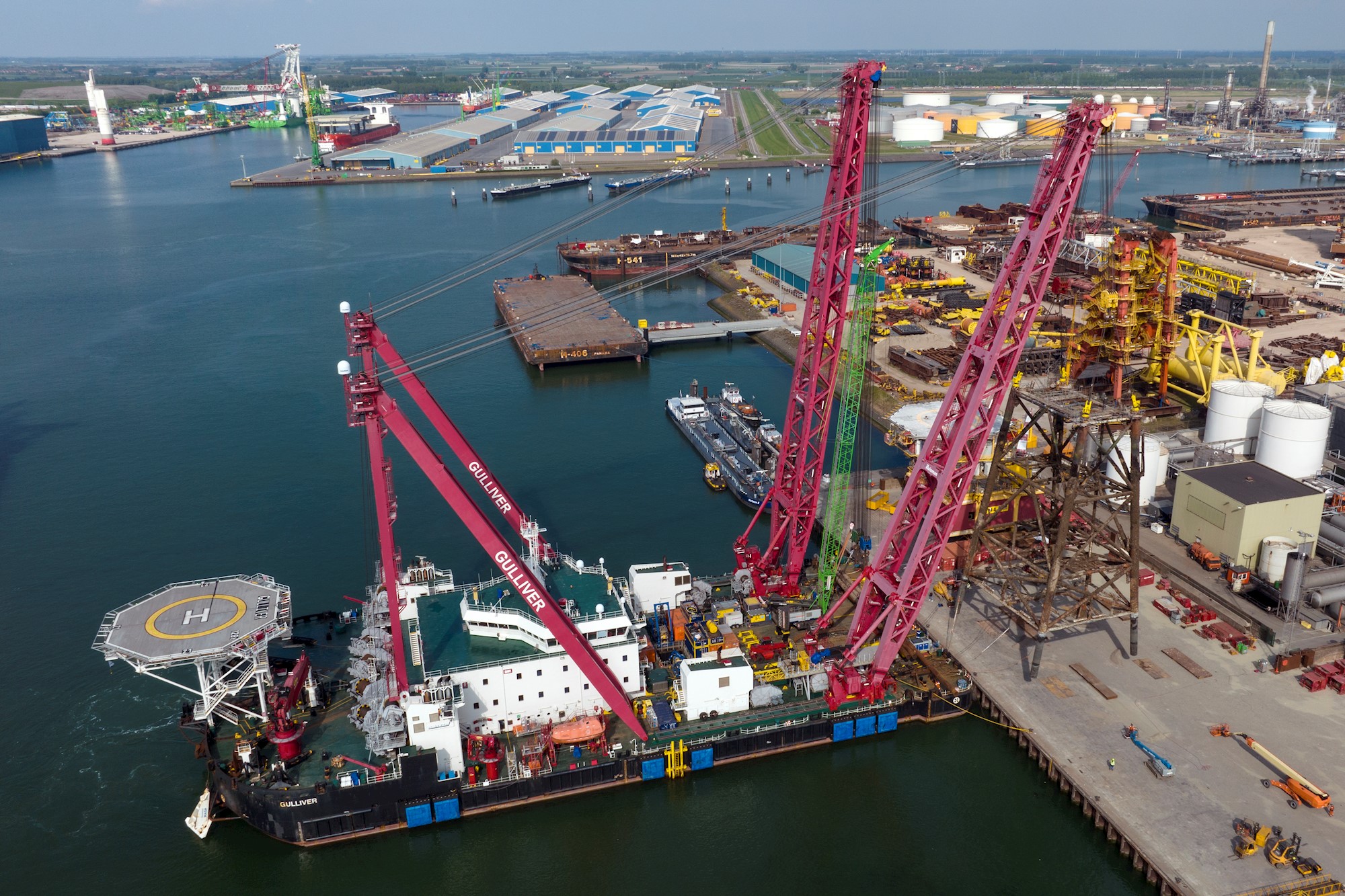 Wintershall Noordzee B.V. has geared up to kick-off a largescale decommissioning program in the Southern North Sea. The first part of this program will last for approximately one and a half years and entails the plugging-and-abandonment of 24 wells in both Dutch and German waters and the removal of two platforms and two subsea installations. The decommissioning of the two platforms was awarded to Scaldis.

The scope included the safe and efficient engineering, preparation, removal and disposal of the Wintershall Q4-A, Q4-B. The removal of the P6-D platform, which is very similar to the Q4-B platform, is an optional scope.

Scaldis mobilized its Heavy Lift Vessel (HLV) “Gulliver” for a safe and on time execution of the project. The HLV was assisted by an anchor handling tug and a 300 ton capacity crawler crane.