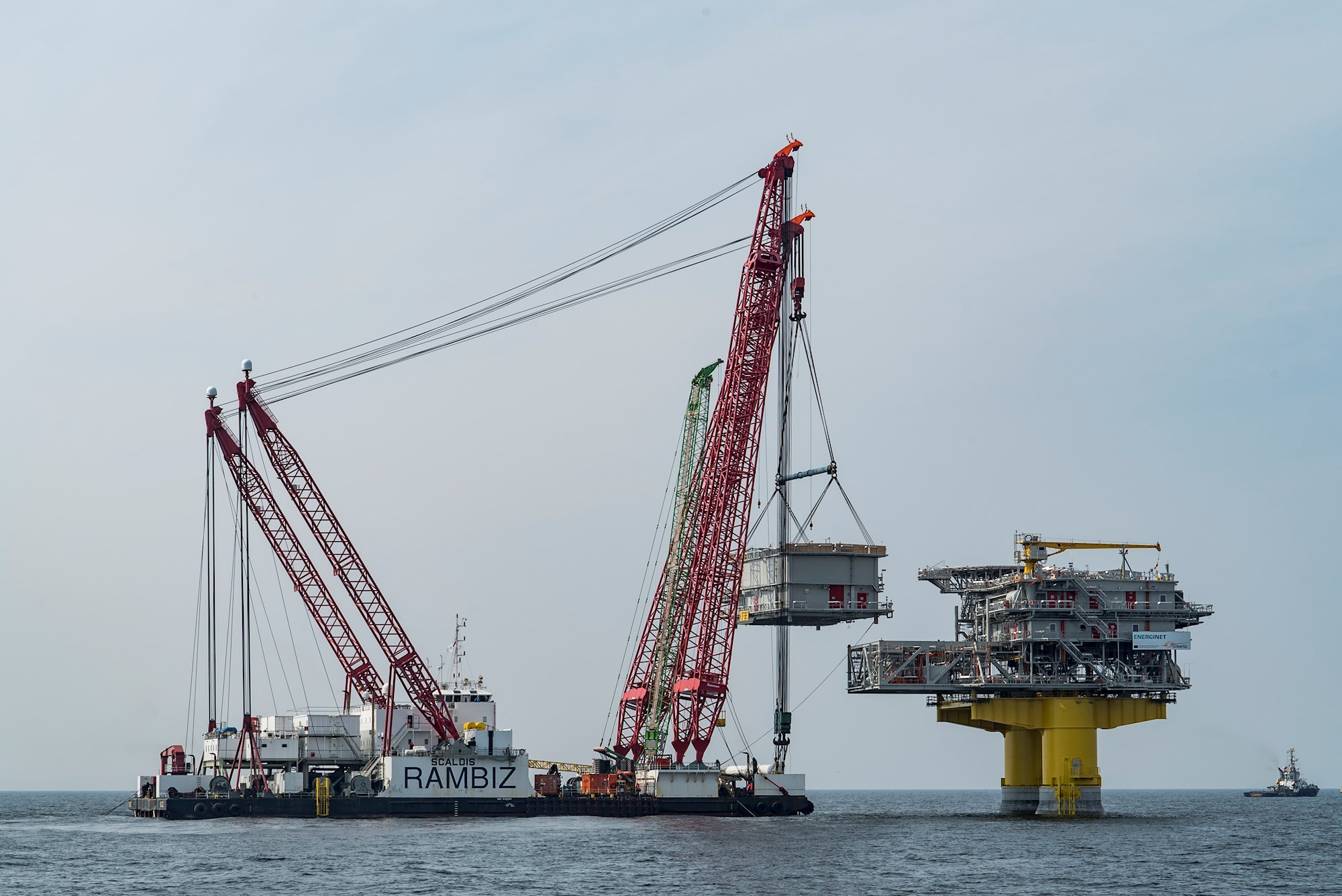 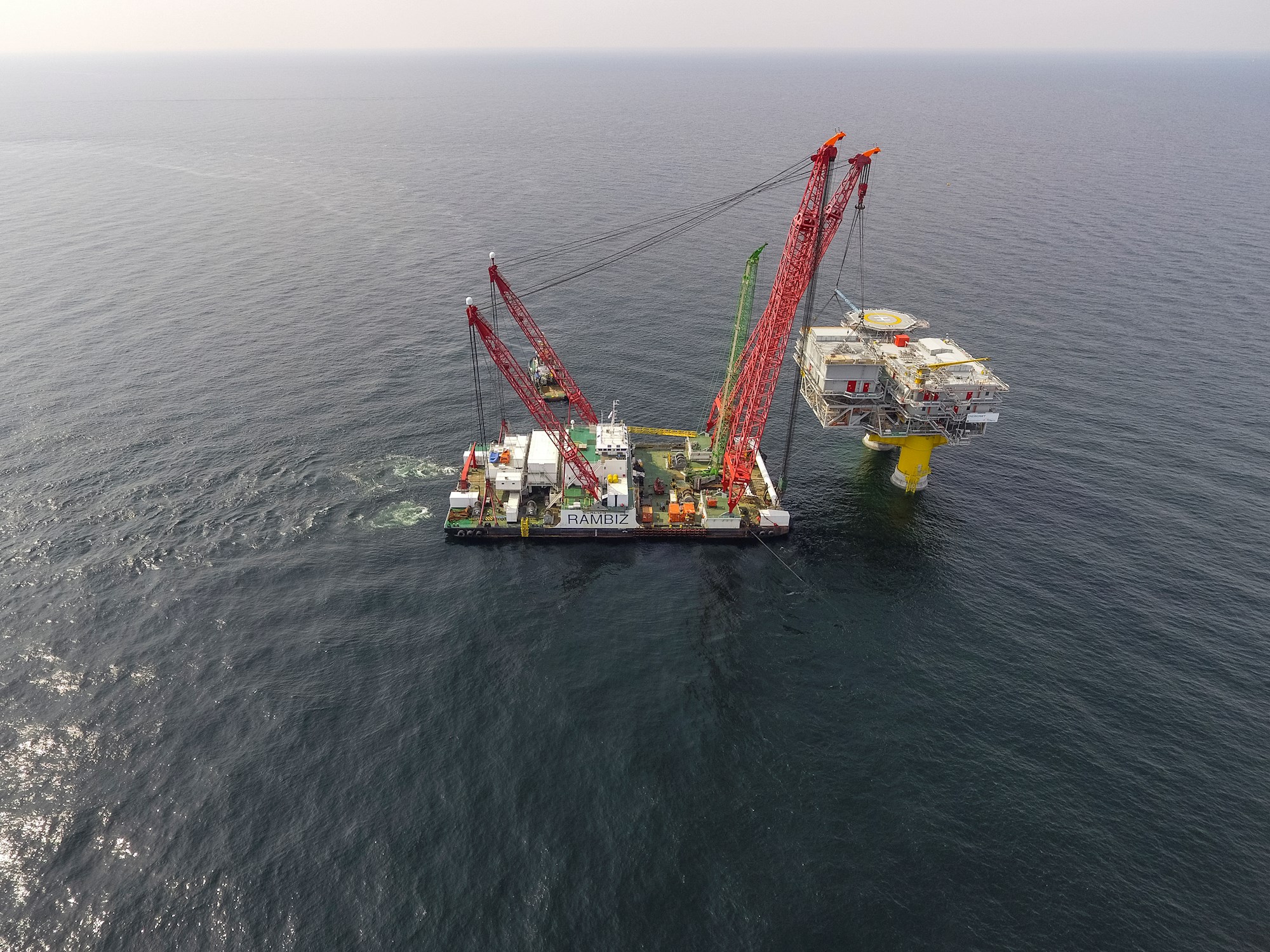 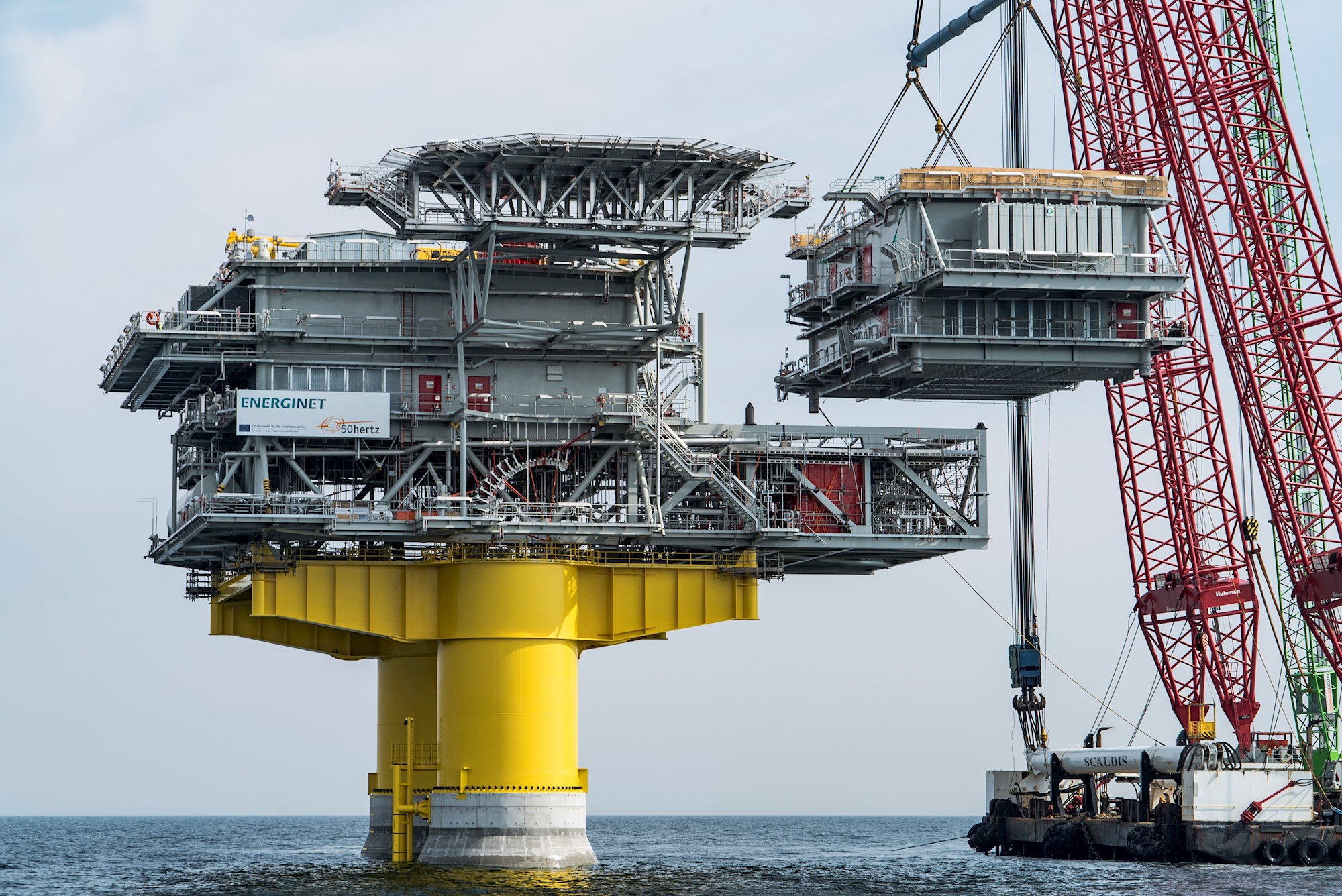 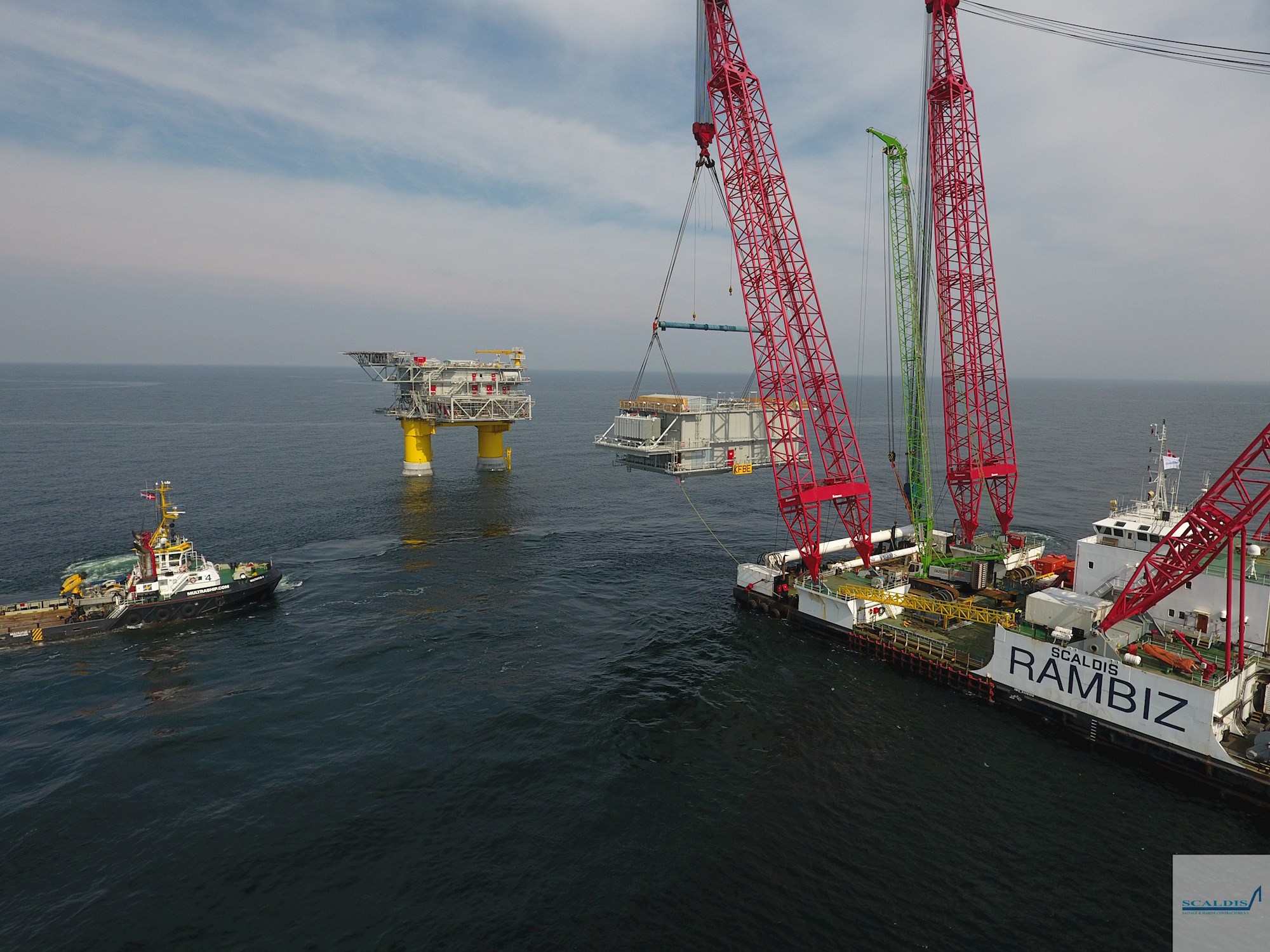 Scaldis was contracted for the installation of both Kriegers Flak substations onto their respective foundations. The KFBE substation comprised 2 structures: first the KFB topside was lifted onto its foundation where after the KFE module was placed onto KFB. Separately also the KFA topside was installed.
Although weight, size and centre of gravity of KFA and KFB was different, Scaldis engineered a generic rigging with soft slings, so rigging was efficiently interchanged between the 2 topsides. The KFE module was lifted in with a dedicated rigging.
Besides the installation of the 3 structures Scaldis executed various pre- and post-installation works.