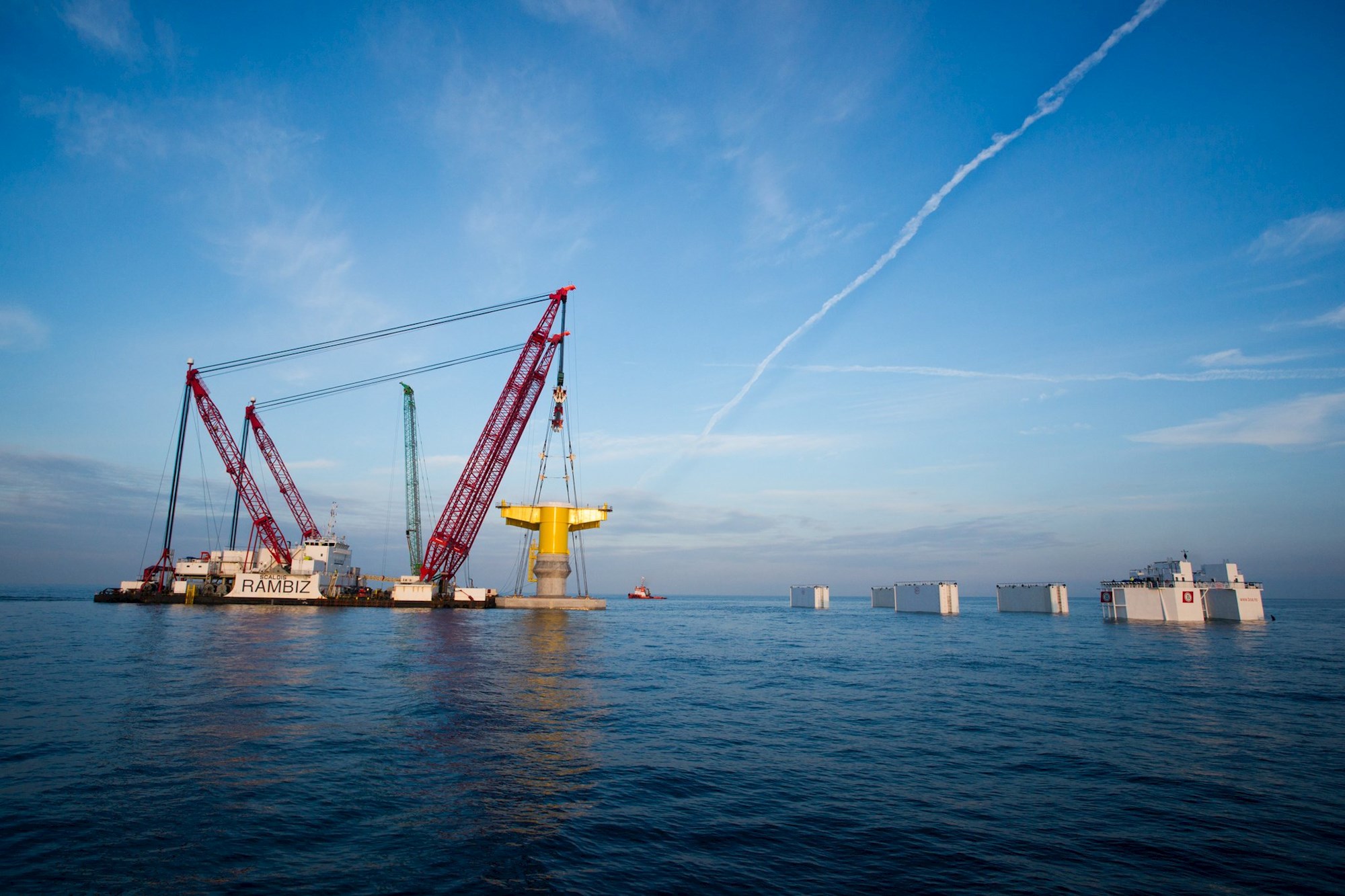 Installation of 2 Gravity Based Foundations

The Kriegers Flak Offshore Wind Farm (OWF) is a large offshore wind farm in the Danish sector of the Baltic Sea. This OWF is built on the Kriegers Flak shallow region, some 15km out of the Danish coast, close to the EEZ of Denmark, Sweden and Germany.

Scaldis scope of this project comprised in the installation of both offshore substation’s Gravity Based Foundations (GBF’s) KFA and KFBE. Both GBF’s (KFA and KFBE) were supplied on one semi-submersible barge to the field. On site two main activities took place, which were repeated for each GBF:

1. Float-off GBF by Rambiz from the semi-submersible barge.
2. Sail to installation location with the GBF in Rambiz crane hook’s.
3. Position, lower and install.

At float-off location, the semi-submersible barge was fully anchored and pre-ballasted to a low freeboard condition. After rigging connection, the barge was submerged while Rambiz maintained pre-tension until the moment the GBF started floating.
With the GBF afloat, the float-off operation and transfer to installation position could commence. After arrival at installation location, HLV Rambiz positioned herself according to the applicable installation coordinates in a four point mooring system.

During the lowering operation, by filling the GBF’s ballast tanks, tension was kept in the Rambiz cranes continuously to keep the GBF stable and prevent it from capsizing. After touch down, the remainder of the GBF ballast tanks were filled. Once position and heading of the installed GBF were confirmed, rigging could be disconnected from the GBF by hydraulic
release shackles.