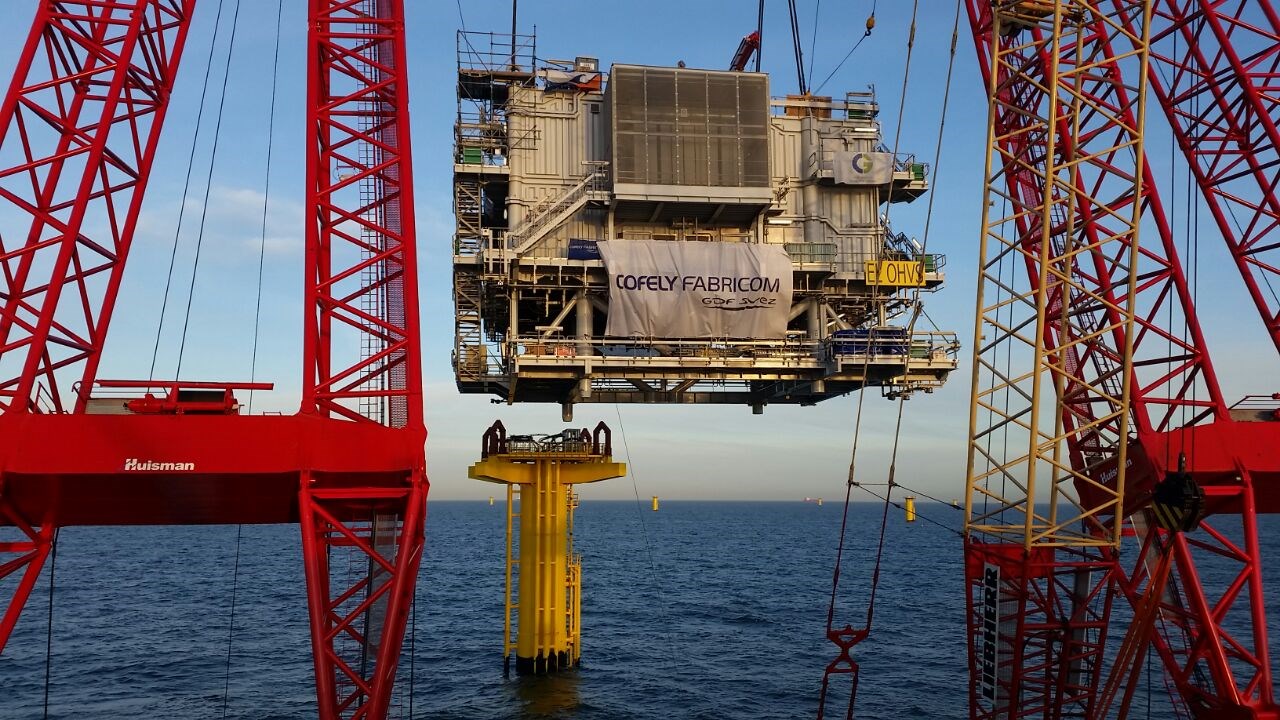 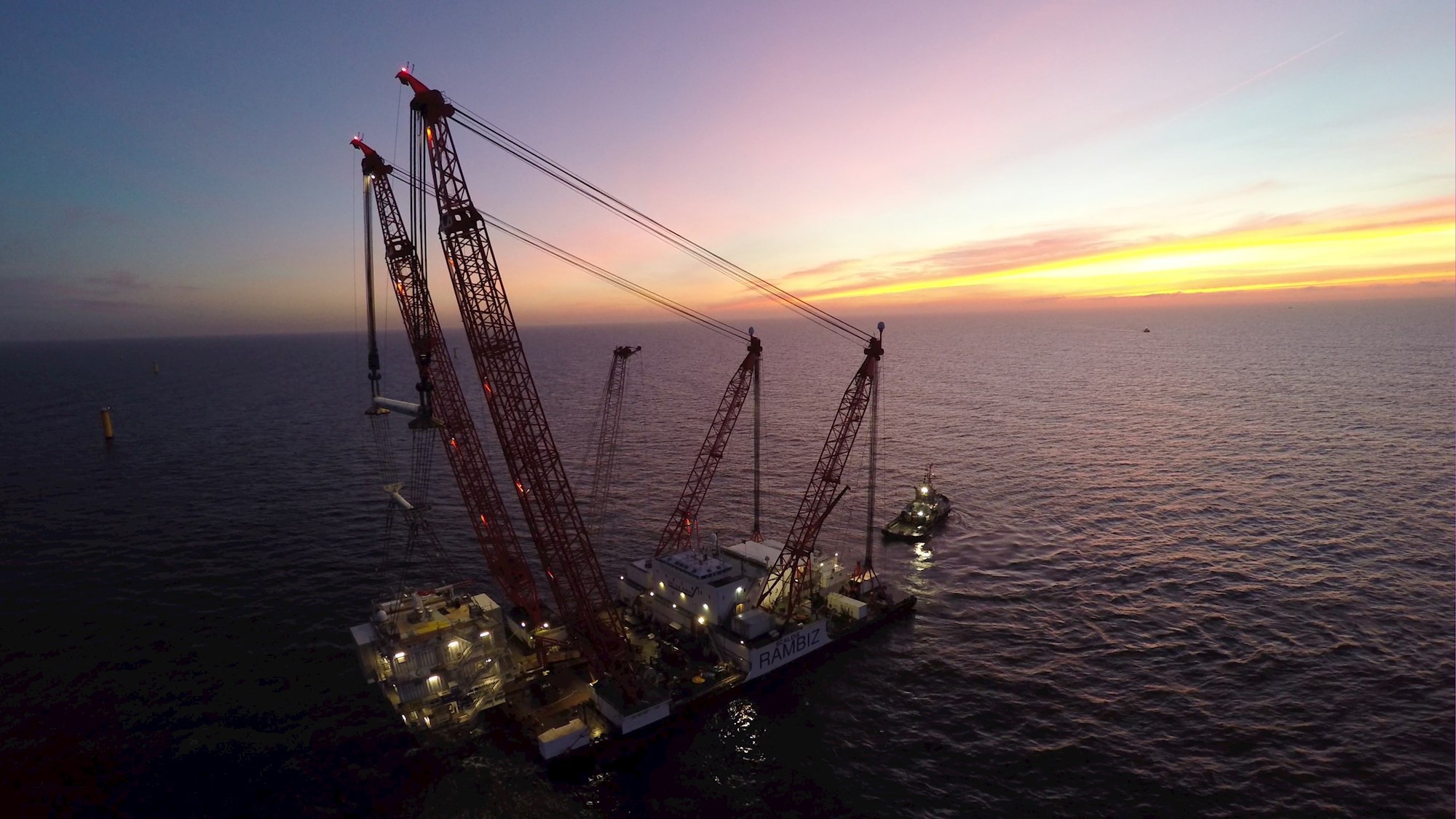 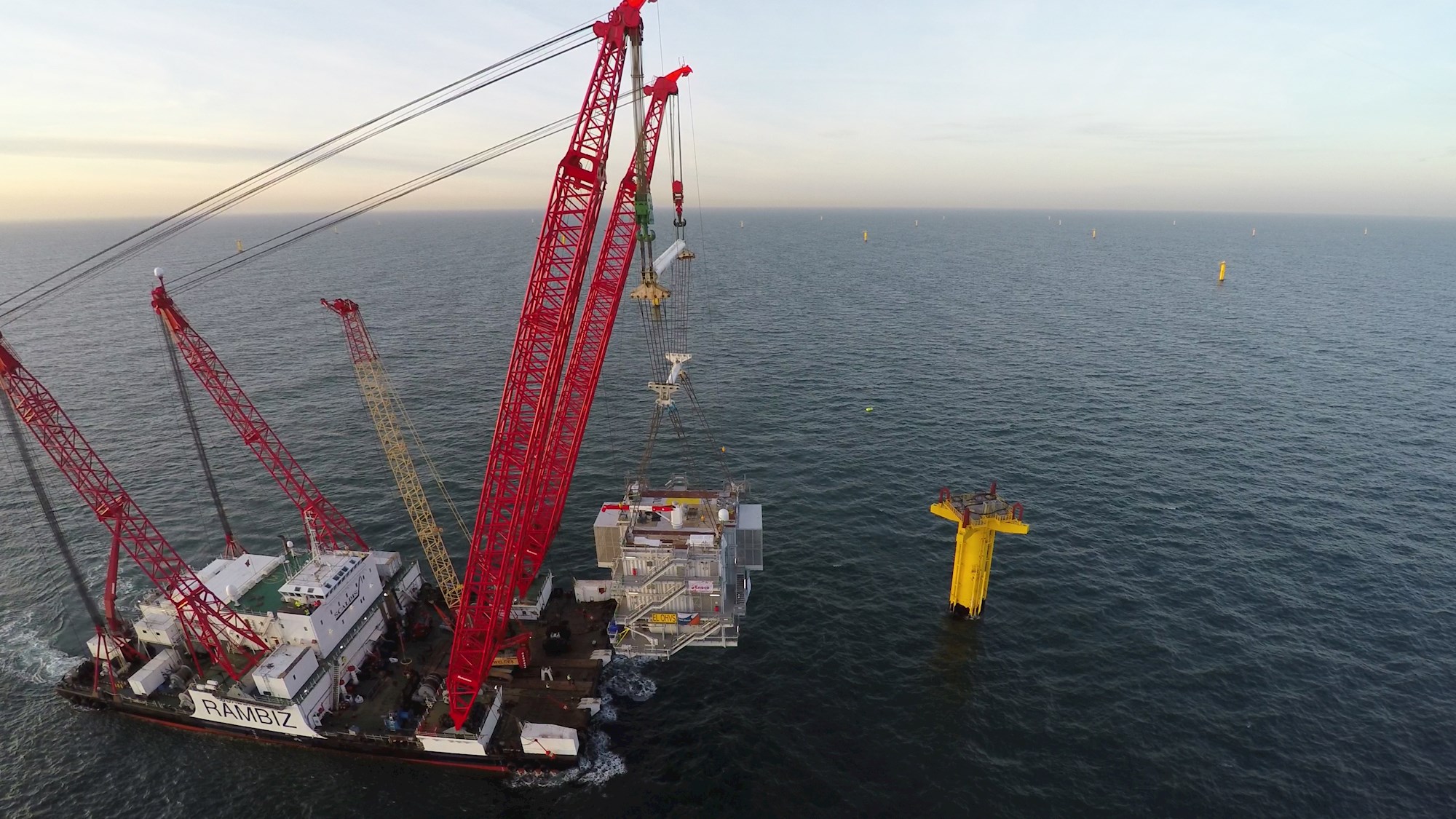 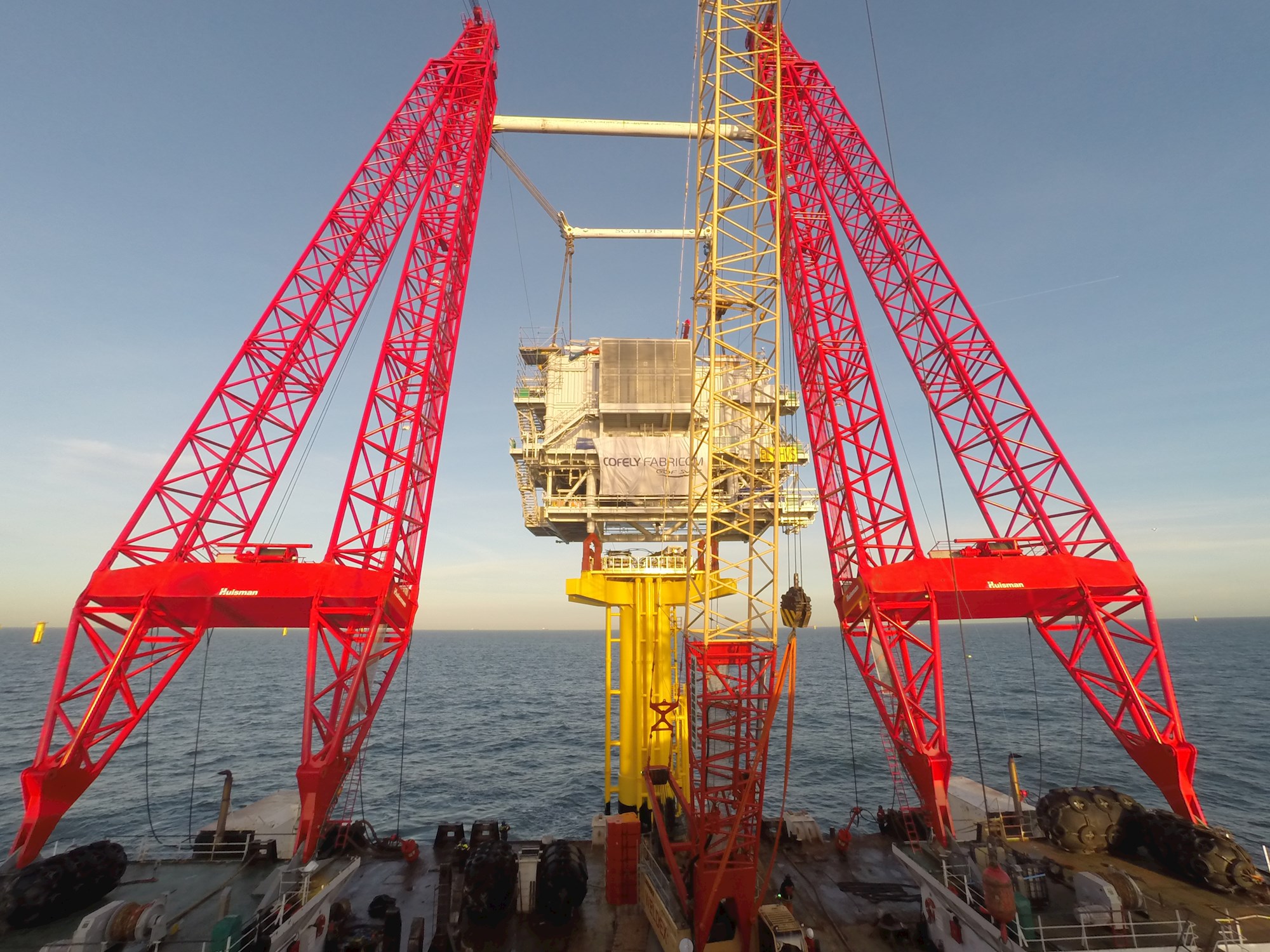 In February 2015 the barge Louis loaded with the Luchterduinen OHVS module was towed from Hoboken, Belgium to Ijmuiden, The Netherlands. A few days later when the Rambiz sailed into the port of Ijmuiden the barge Louis was turned perpendicular in the Ijmondhaven. Rambiz connected to the barge and lifted the rigging up onto her deck.

Four Scaldis riggers were transferred to the barge by gangway. They climbed to the top of the OVHS module and installed the rigging. This consisted of 4x 600 tons hydraulic shackles that needed to be connected to the OHVS padeyes. After all the rigging was connected and pre-tensioned to 50% of the load, the 16 bolts of the seafastening, four on each support, were disconnected and the OHVS was lifted out of its supports.

The Rambiz was unmoored from the barge and moored at the Monnickendamkade. The cranes from the Rambiz were boomed up and two of four stabbing pins of the OHVS module were lowered into the customised frames on the Rambiz' bow. The load in the cranes was reduced until 75 tons of the OHVS weight was resting on each support.

After resting the module, the Rambiz waited for three hours as adviced by the port authorities due to high currents when sailing out. At around 22:00 the pilot came on board and Rambiz sailed to the Luchterduinen field with the module suspended in her crane hooks.

Two floating wires were used on the Rambiz bow anchor wires to keep sufficient clearance of the previously installed in-field and export cables. When all four anchors were installed an anchor test was performed to check the holding capacity of the anchor pattern. After the succesful test, Rambiz shifted towards the monopile and lifted the OHVS module free of her deck. The OHVS module was lifted above the catchers, installed on the monopile, positioned and lowered into place. After touchdown of the OHVS module, the load was partly reduced and three Scaldis riggers were transferred to the OHVS module via a man basket.

The Scaldis riggers disconnted all four hydraulic shackles and retrieved the rigging before returning to the Rambiz. Multratug 4 and Rambiz retrieved all four anchors and sailed to Flushing.

HLV Rambiz was on-site for 24 hours, during which time the entire offshore installation was completed.

The major advantages of this approach are the limited time needed offshore and the reduced risk by connecting rigging in sheltered waters.