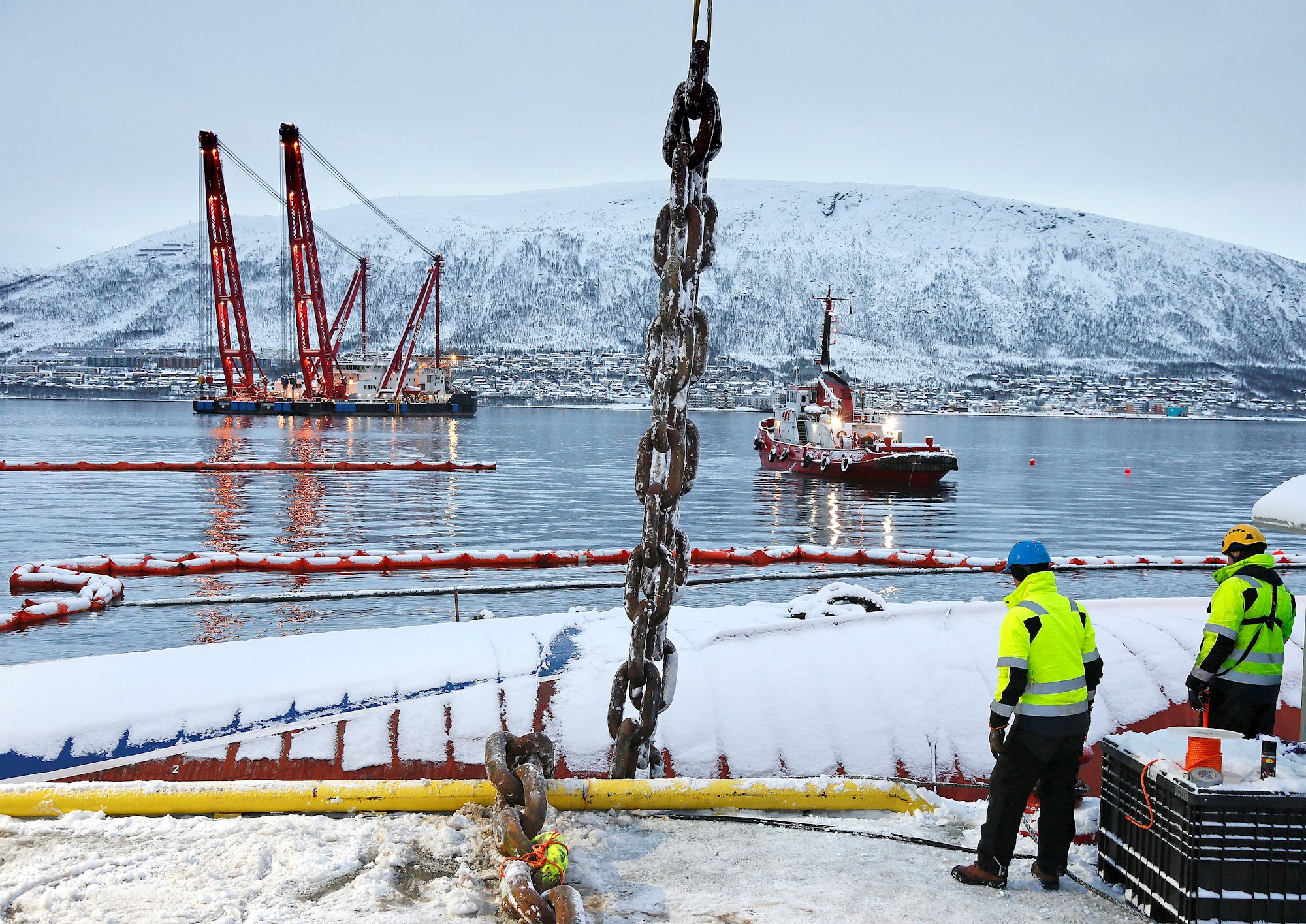 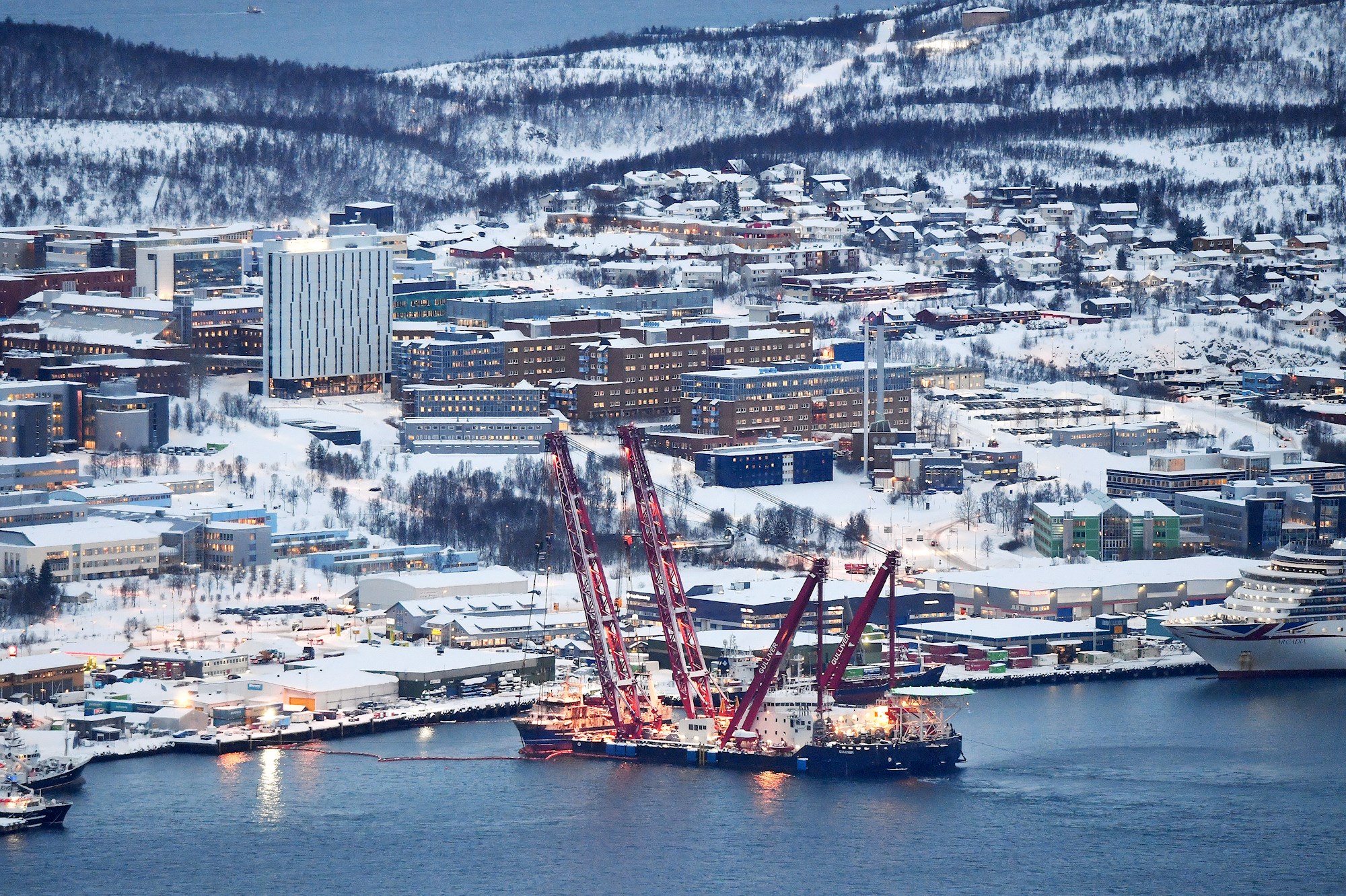 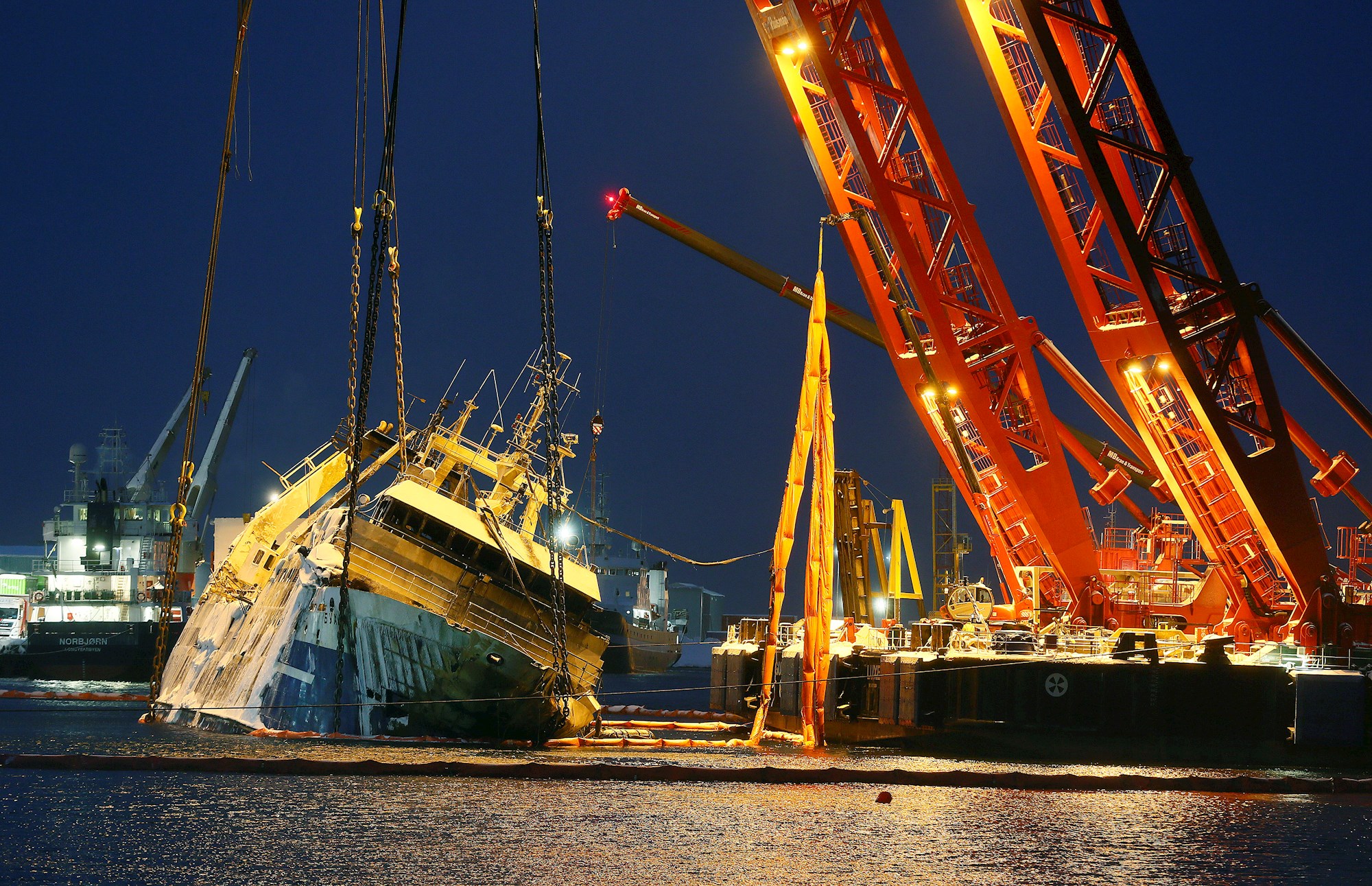 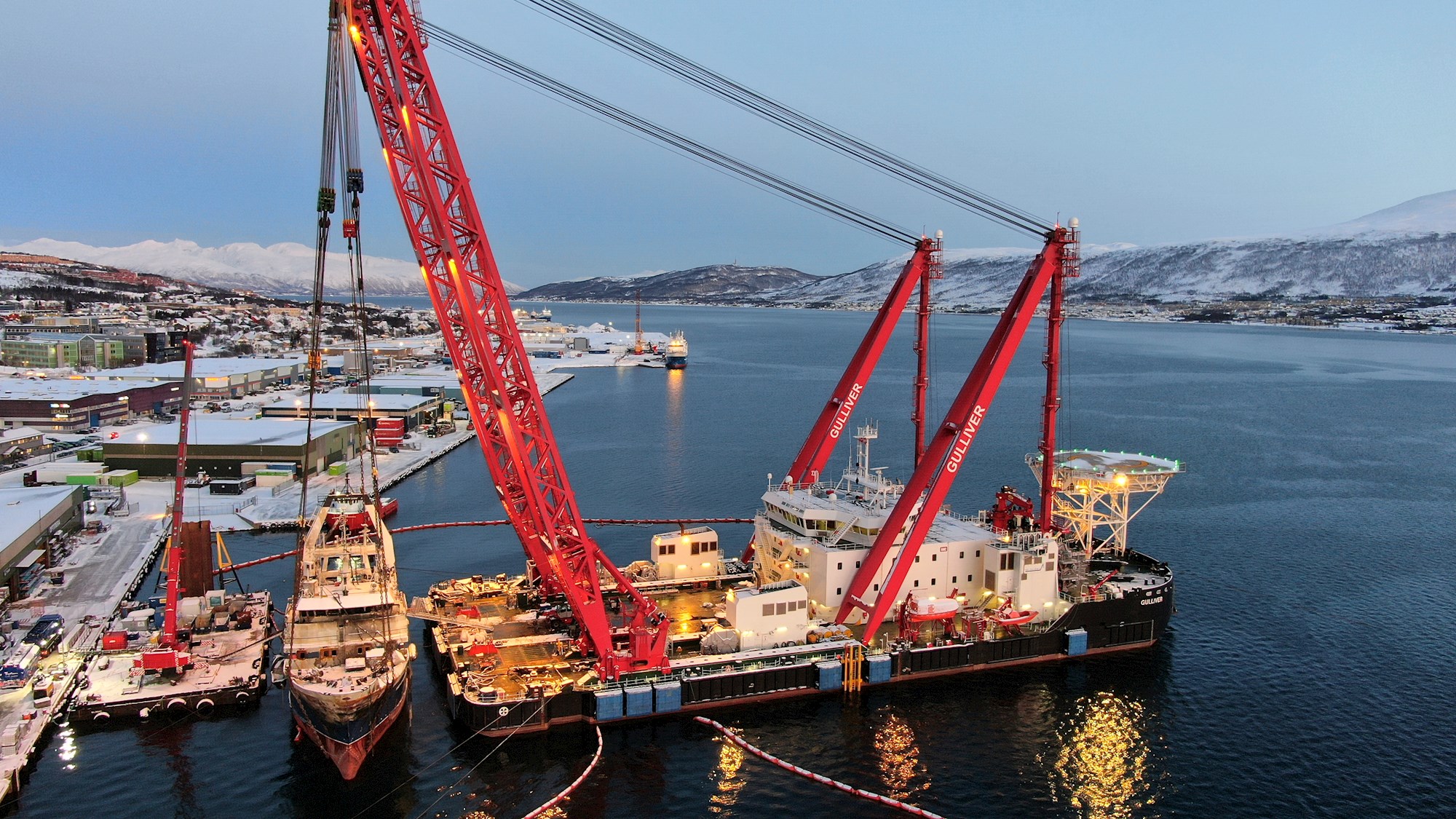 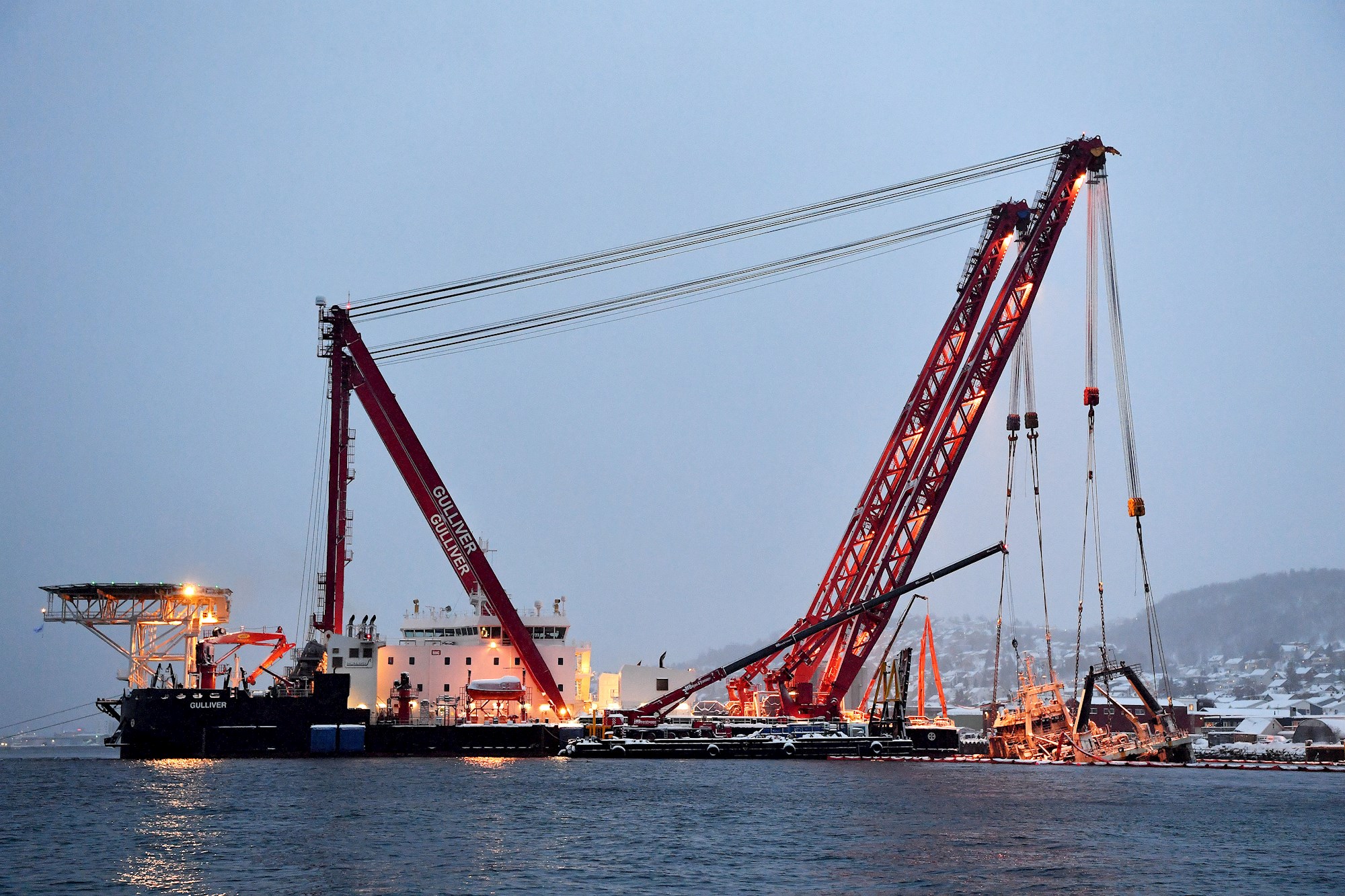 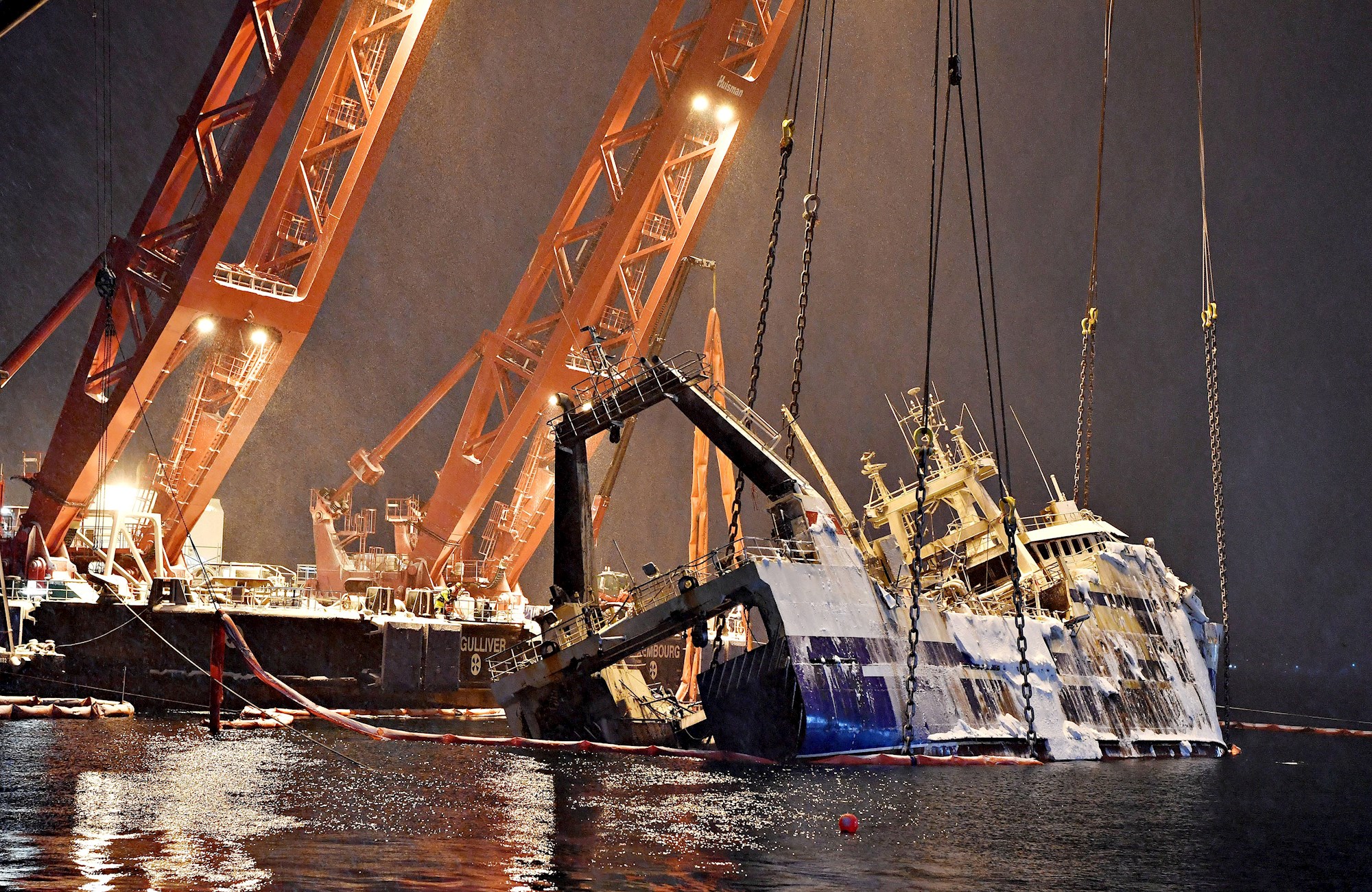 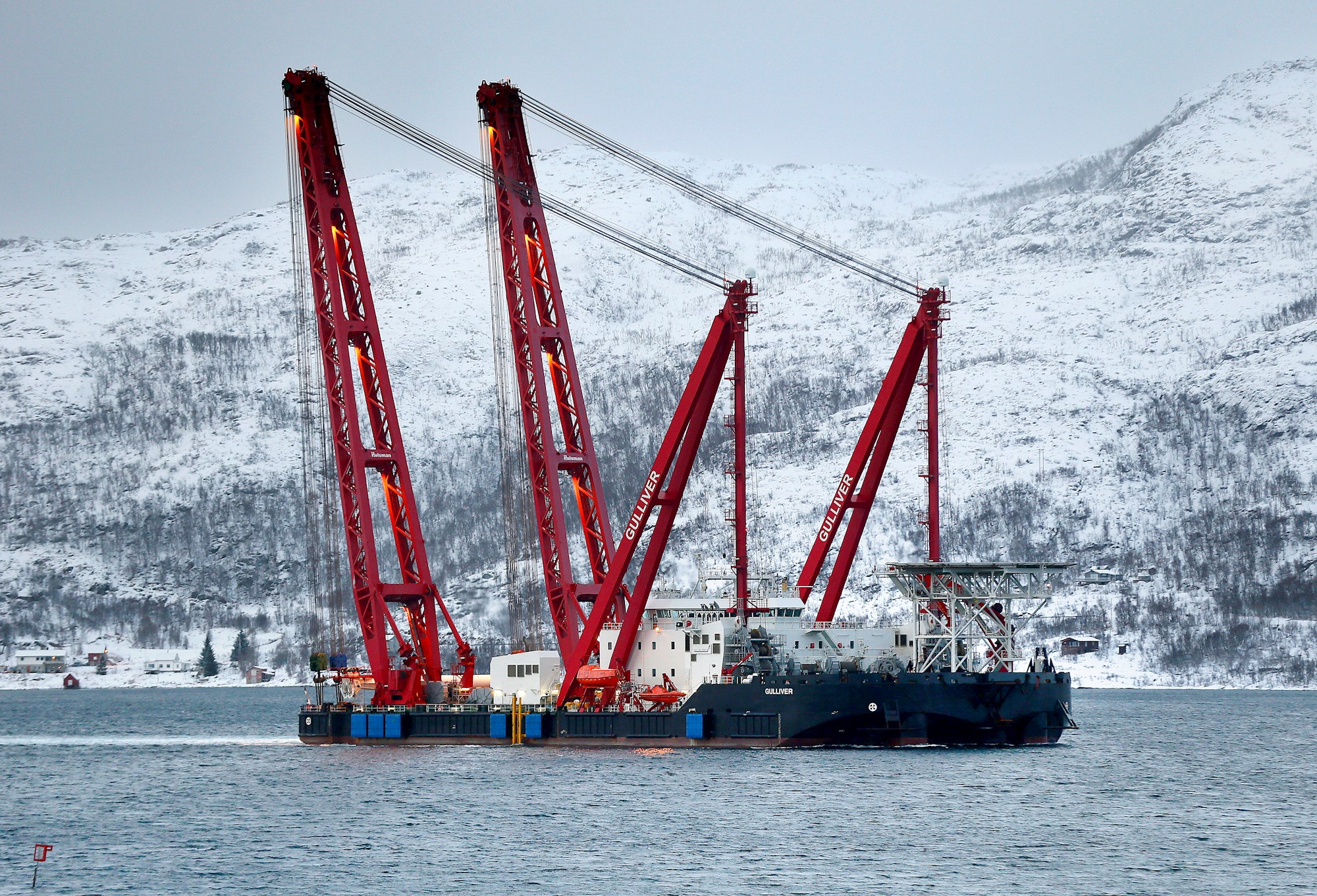 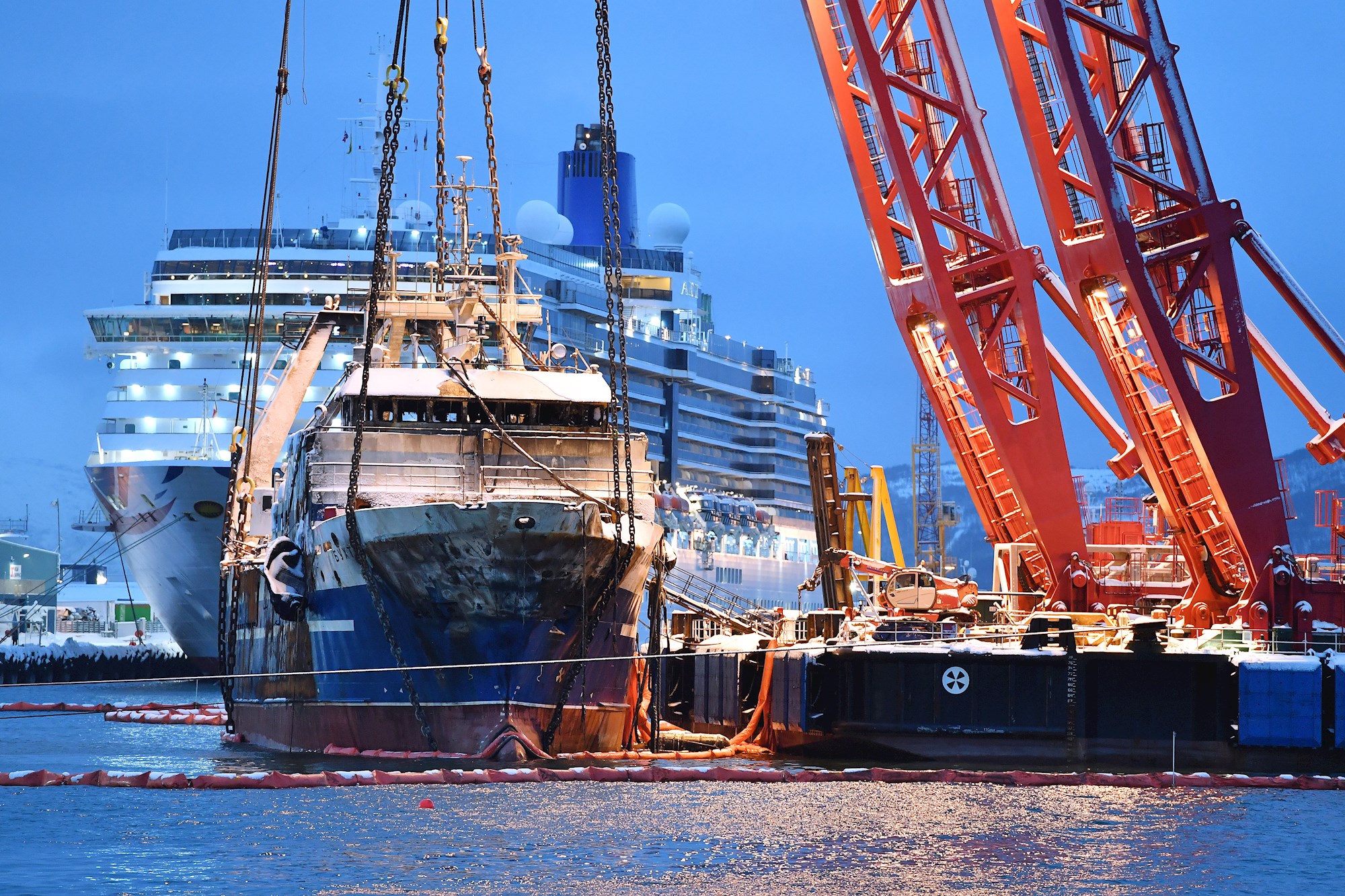 Chain Installation, Lifting, Parbuckling and Refloating of the Bukhta Naezdnik

A fire broke out onboard BUKHTA NAEZDNIK on Wednesday 25 September 2019, whilst she was moored alongside in the port of Tromsø, Norway.

The vessel subsequently capsized and sank to the seabed with the starboard side above the waterline. All the vessel’s crew were safely evacuated on Wednesday after the fire broke out.
Emergency response and wreck removal company Ardent contracted Scaldis to execute the Bukhta Naezdnik lifting and parbuckling operations for the salvage of the vessel.

Scaldis was contracted for the lifting and parbuckling of the 65m long and 1800 ton heavy fishing trawler. After a swift mobilisation from Flushing, accompanied by Northern lights and whales, the Gulliver arrived within the Arctic Circle at Grøtsund.

After the preparation and connecting of the rigging, we assisted Ardent during the installation of the lifting chains around the hull of the wreck. By lifting the stern of the wreck with the main hoisting blocks and simultaneously using both auxiliaries to install the chains.

We lifted the capsized wreck in the lifting chains, move to deeper water and subsequently parbuckle the vessel until she was into a vertical position. Gulliver carefully lowered the wreck and patches were applied until the vessel was watertight.
The Bukhta Naezdnik was further lowered until she was floating again.