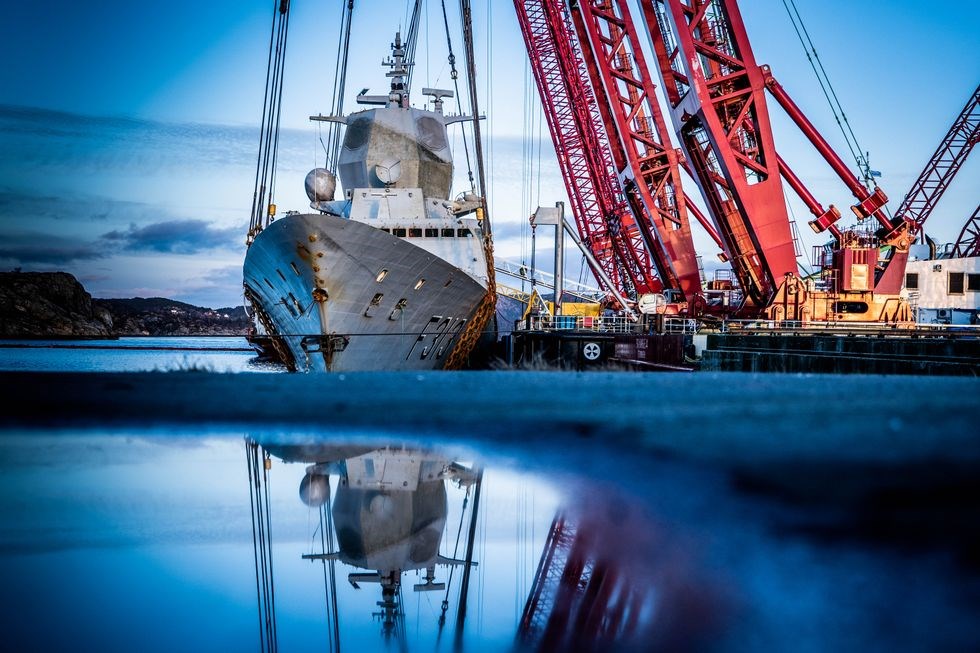 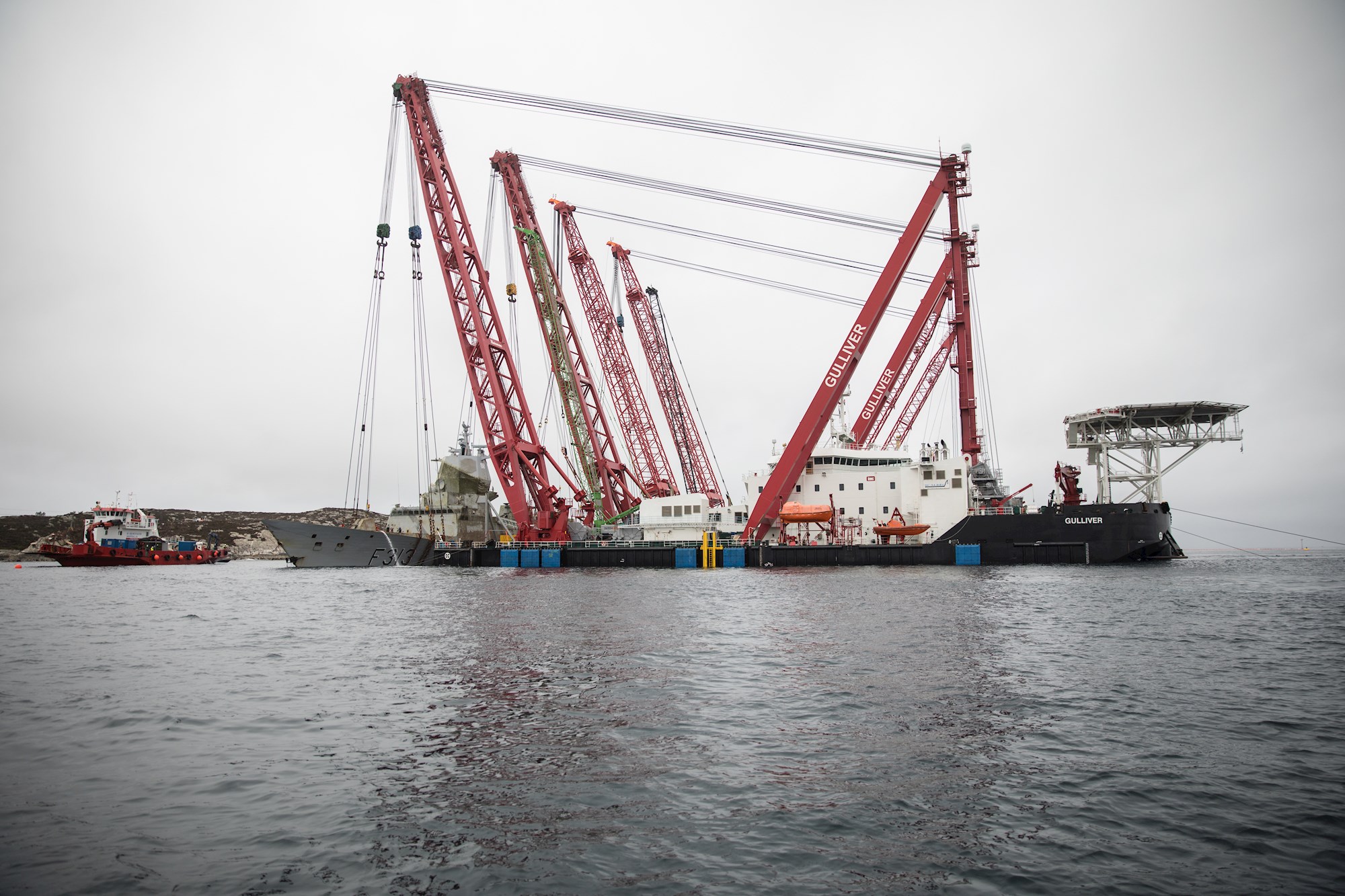 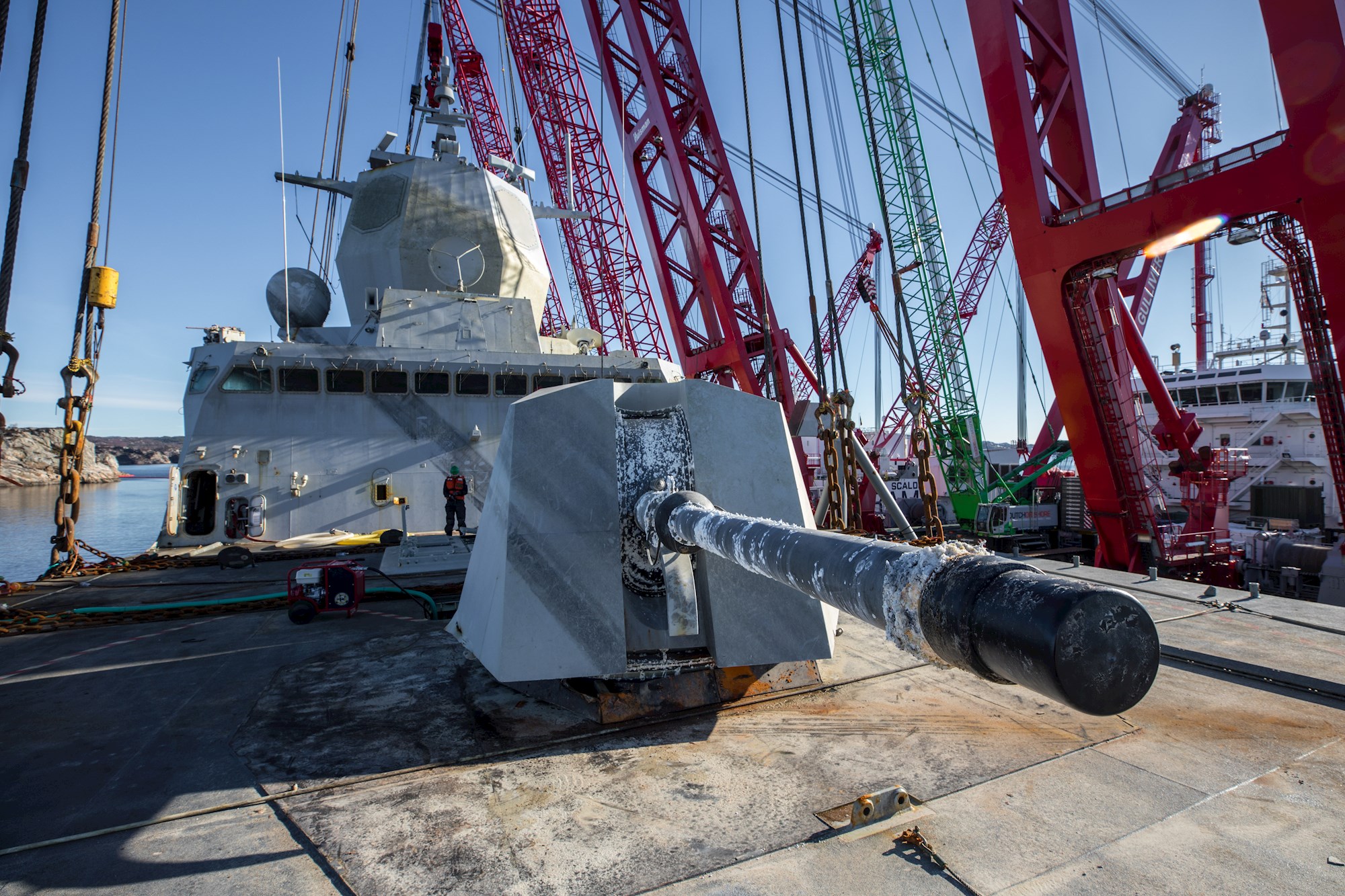 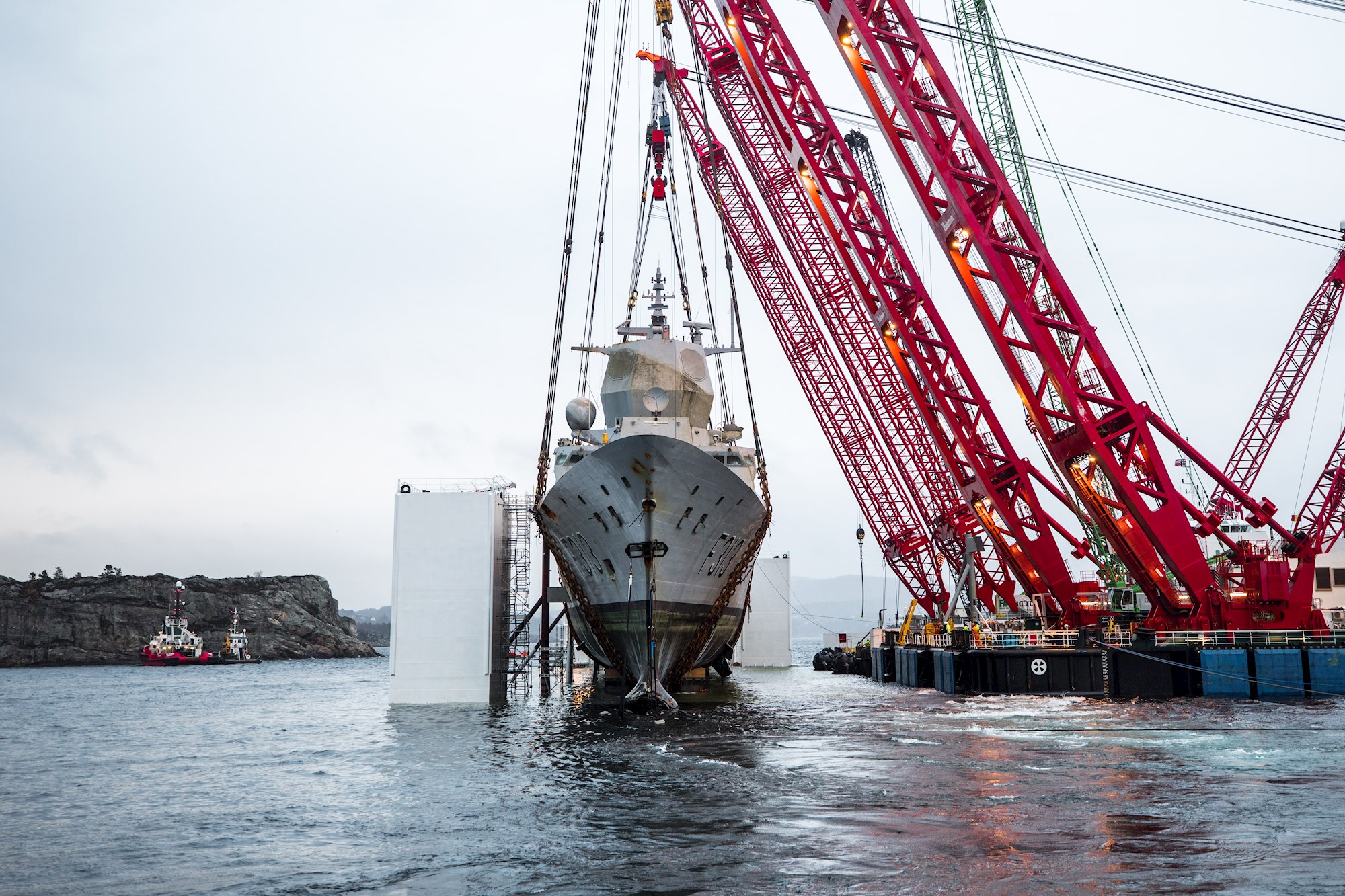 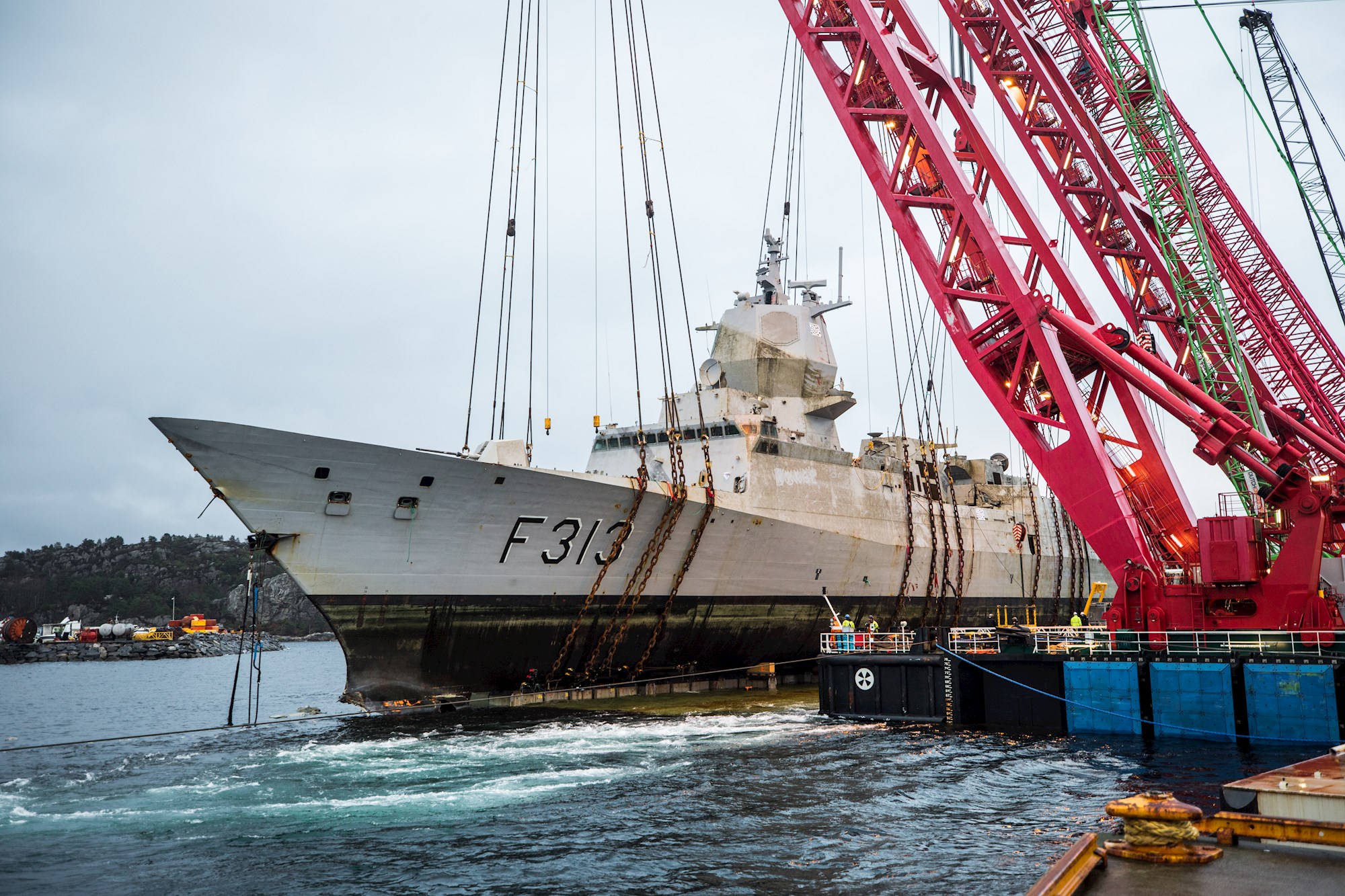 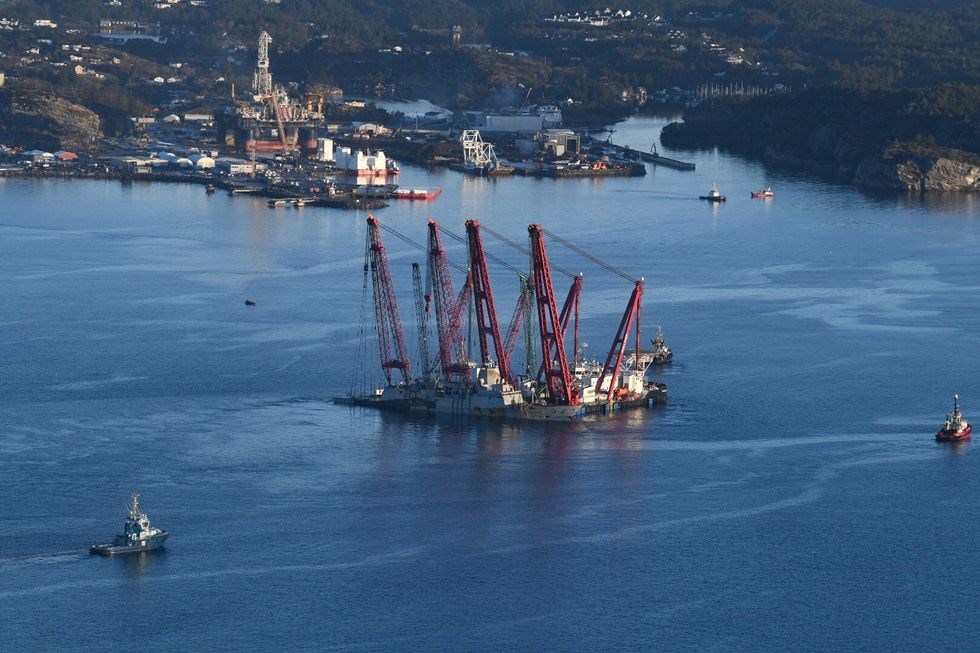 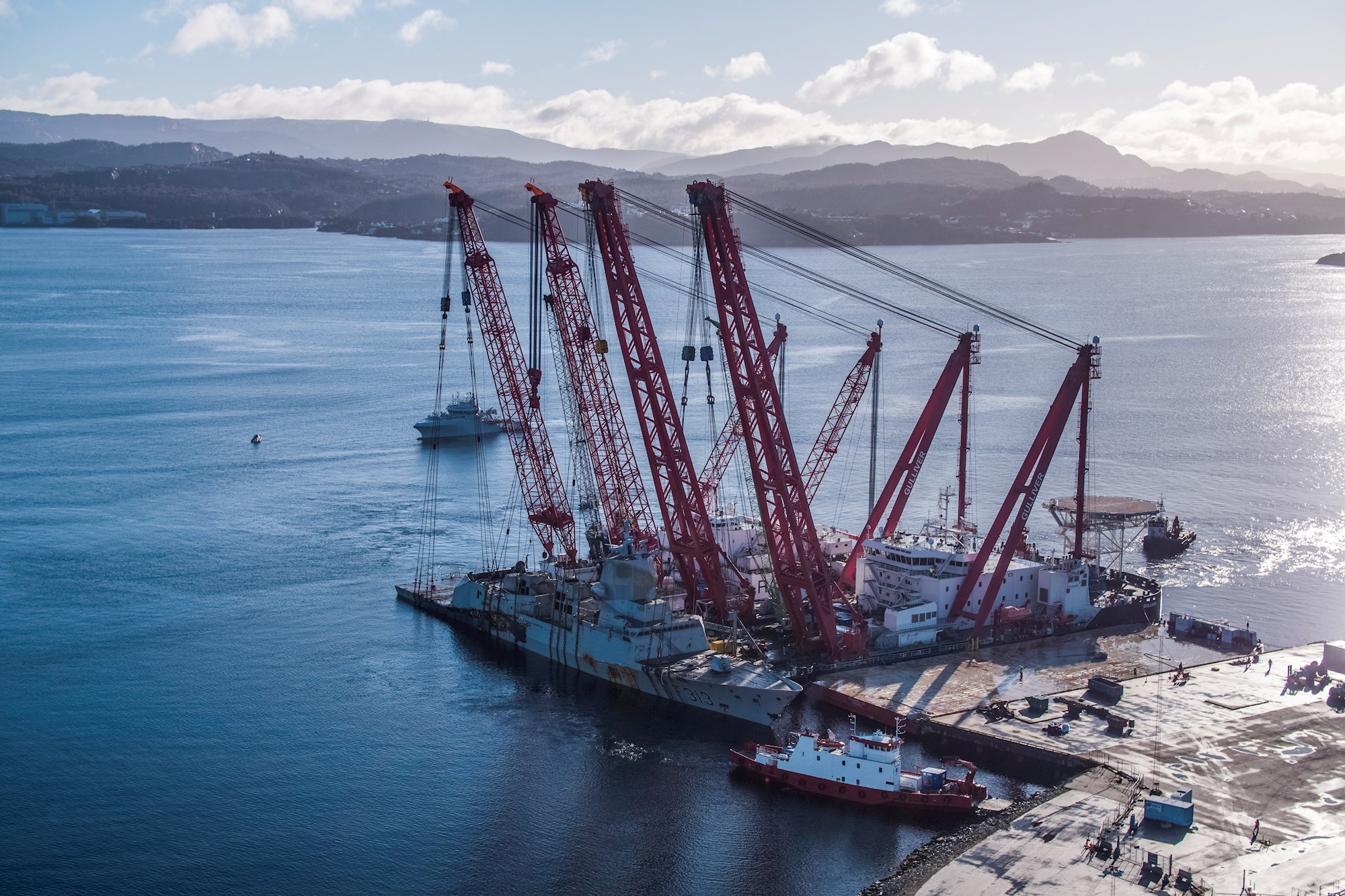 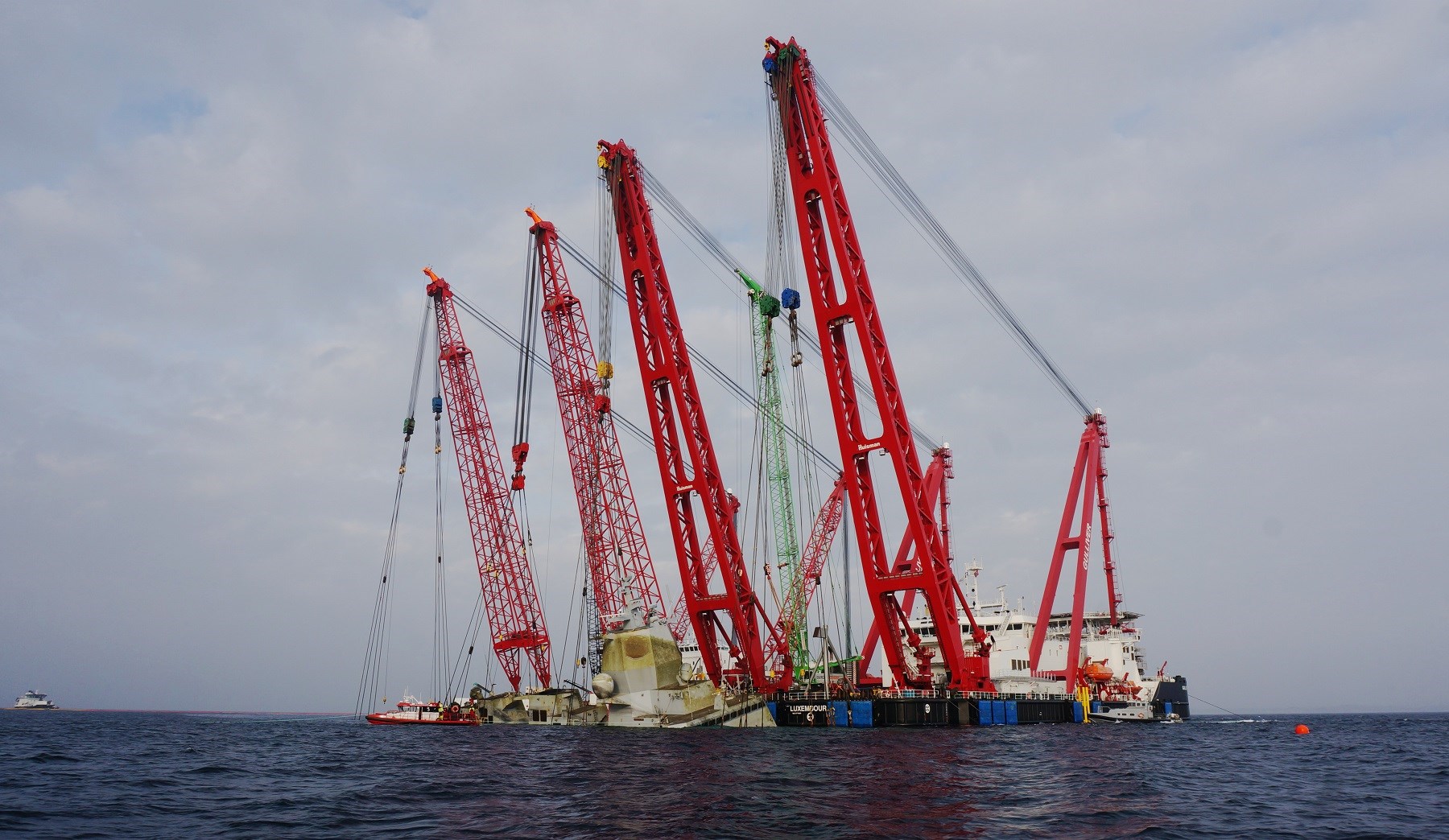 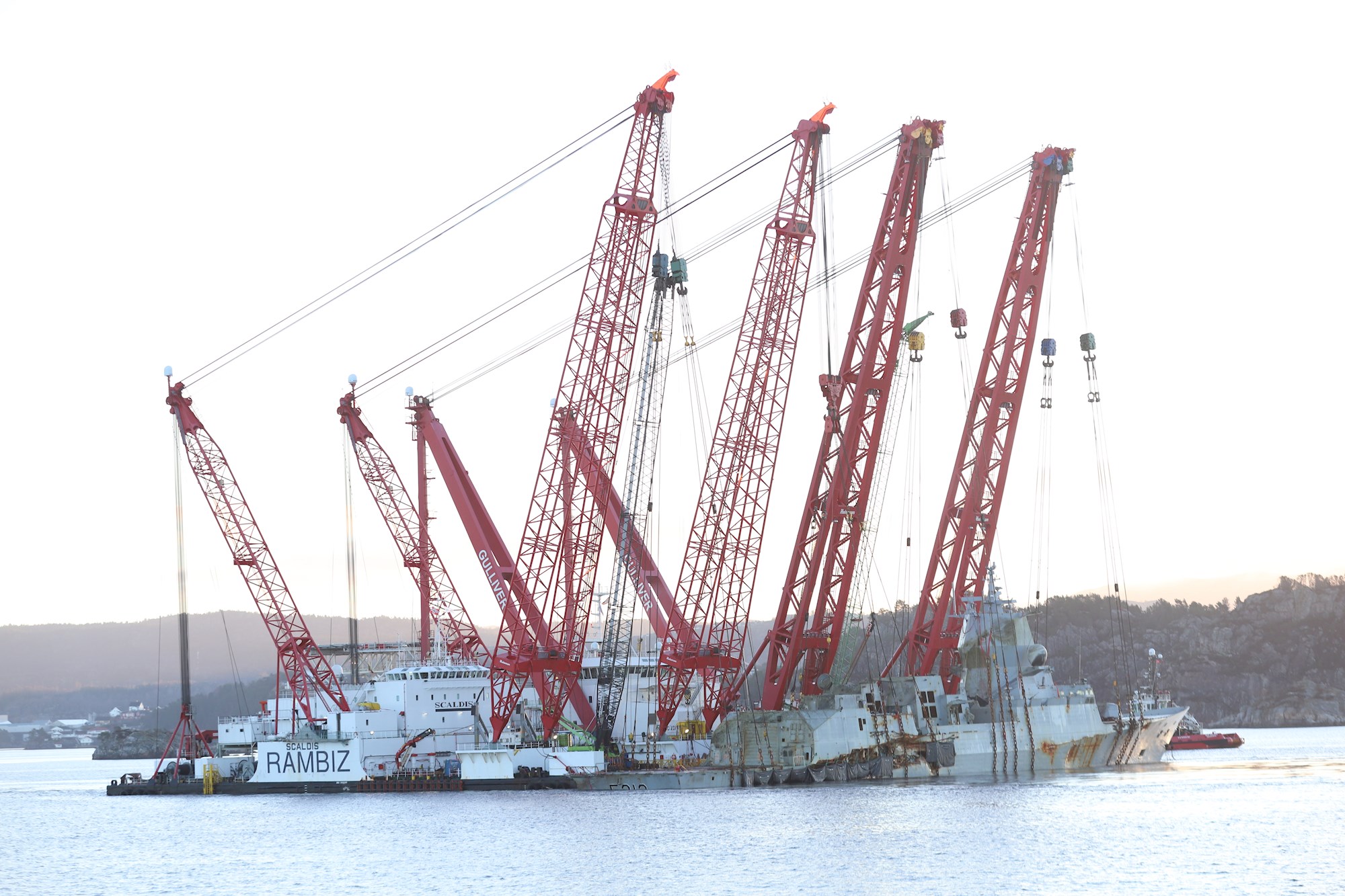 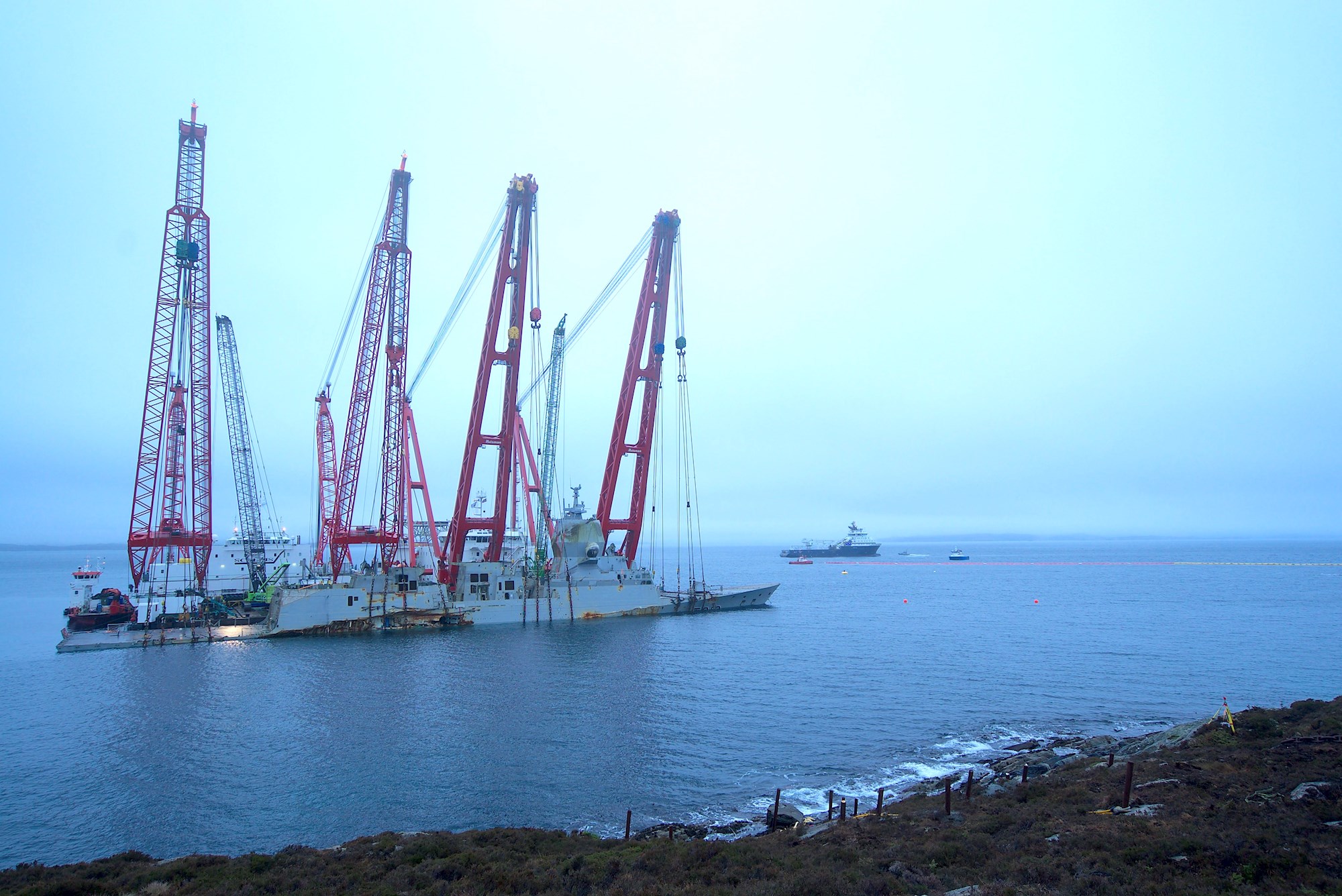 On 8 November of last year, the Norwegian frigate collided with the tanker 'Sola TS' in the vicinity of Bergen and sank on the inclined slope of a fjord. The Norwegian marine called on the expertise of Scaldis to salvage the shipwreck.

This made it possible to lift the 133-metre long and 5,500-tonne heavy frigate in one piece. In fact, the synchronous functioning of the four cranes allows to lift the wreck in one continuous operation and to move it into a horizontal position.

Missiles and fuel were removed from the frigate during the winter months while divers installed 16 hoisting chains under the wreck to be able to lift the ship out of the water.

To lift the frigate safely and completely out of the water, it was transported while hanging from the crane hooks of the heavy lift vessels to the nearest port, where it was placed on a submersible pontoon. This partially submerged pontoon was subsequently de-ballasted, allowing it to re-emerge above the waterline while supporting the 'Helge Ingstad' at its center. During this operation, the hoisting cranes stabilized the ship until all sea-fastenings had been secured for subsequent transport.