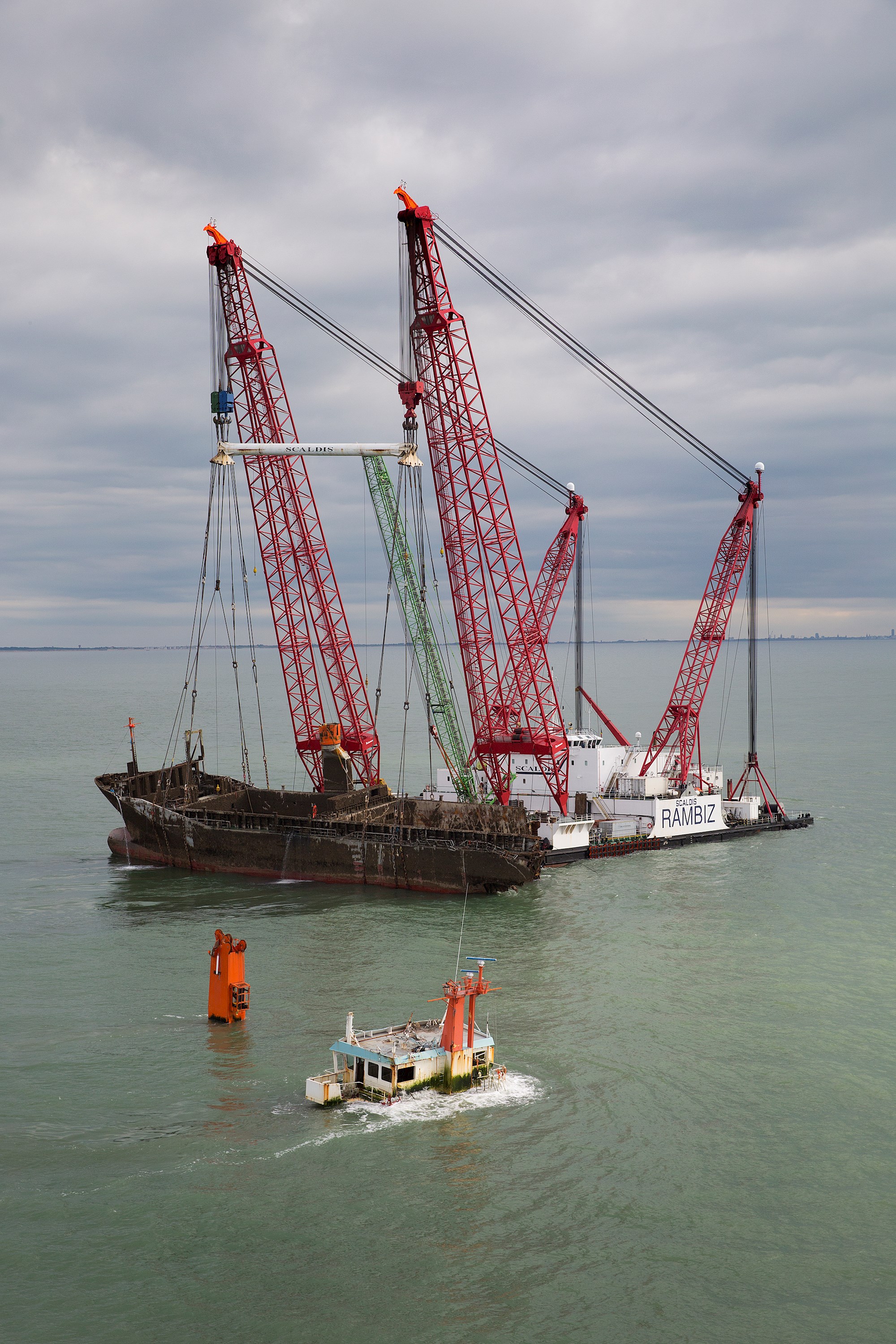 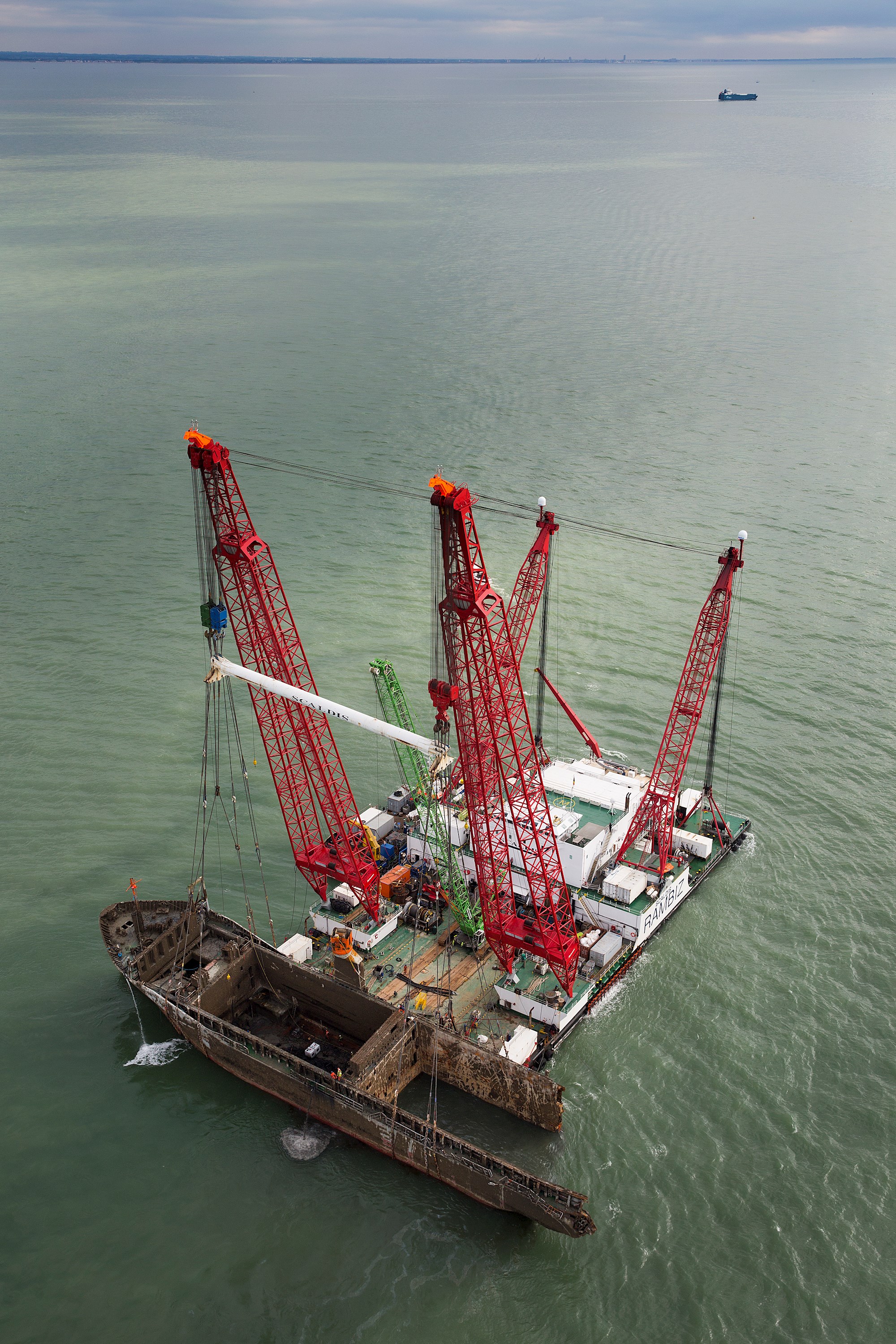 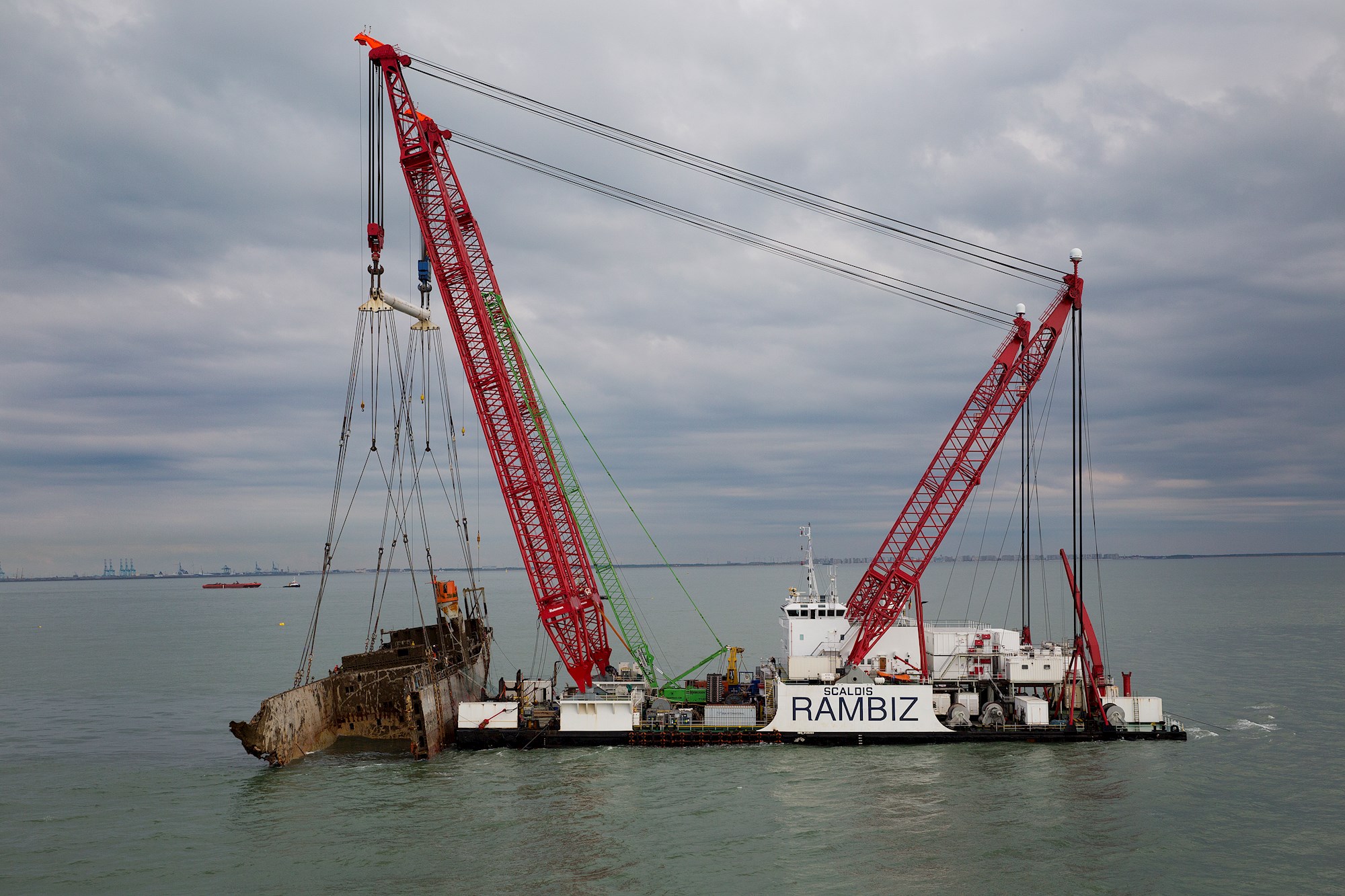 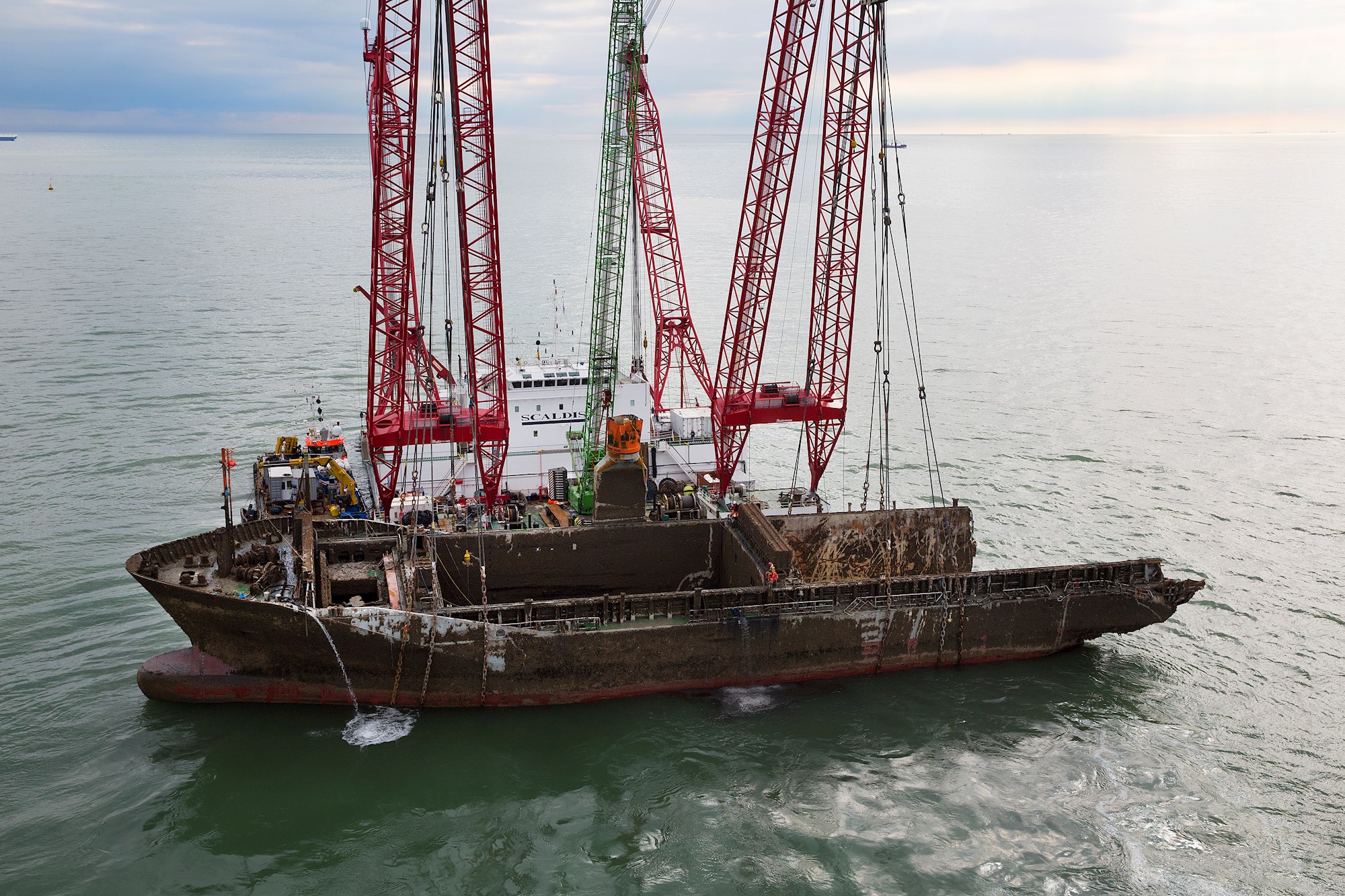 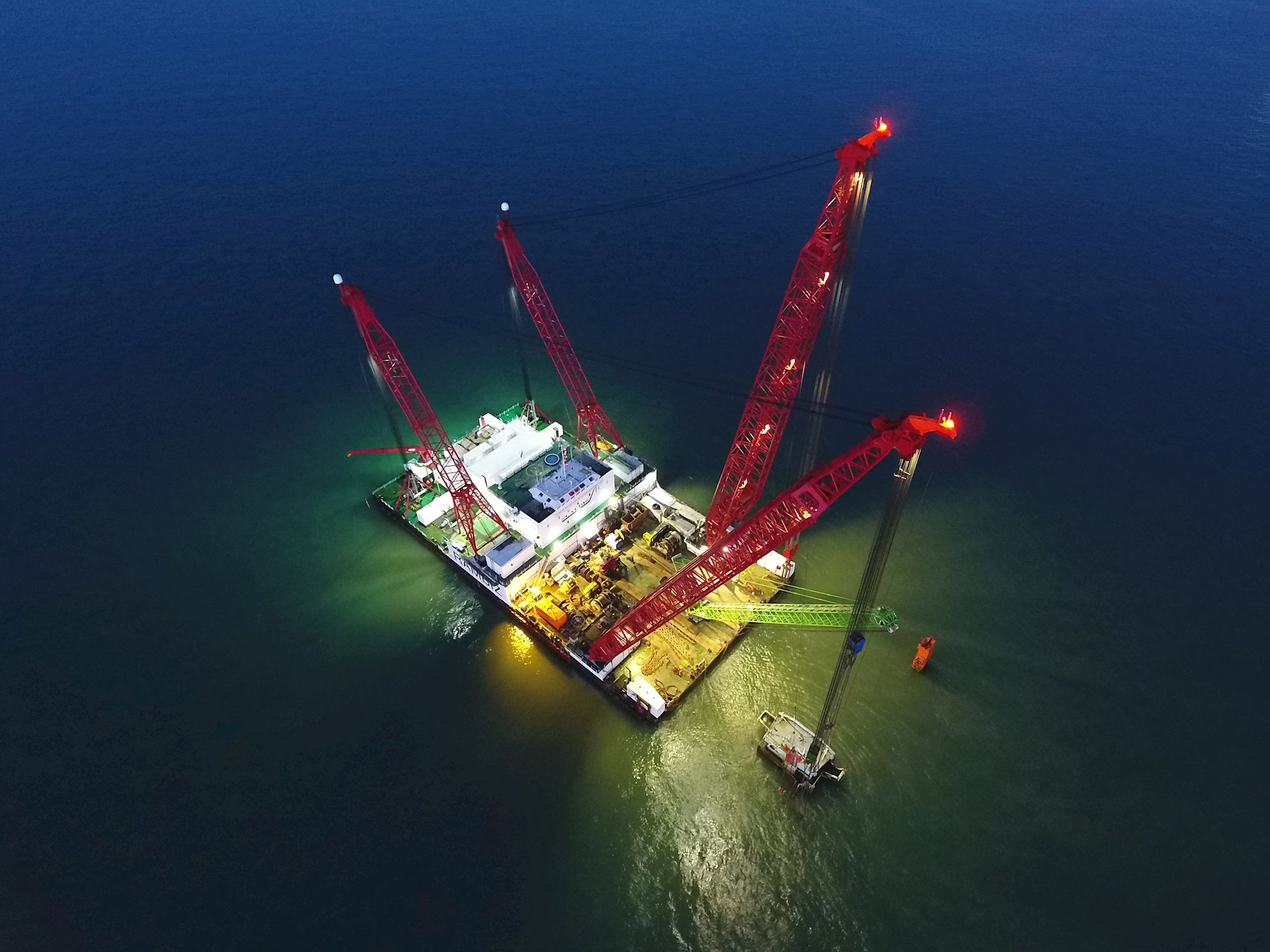 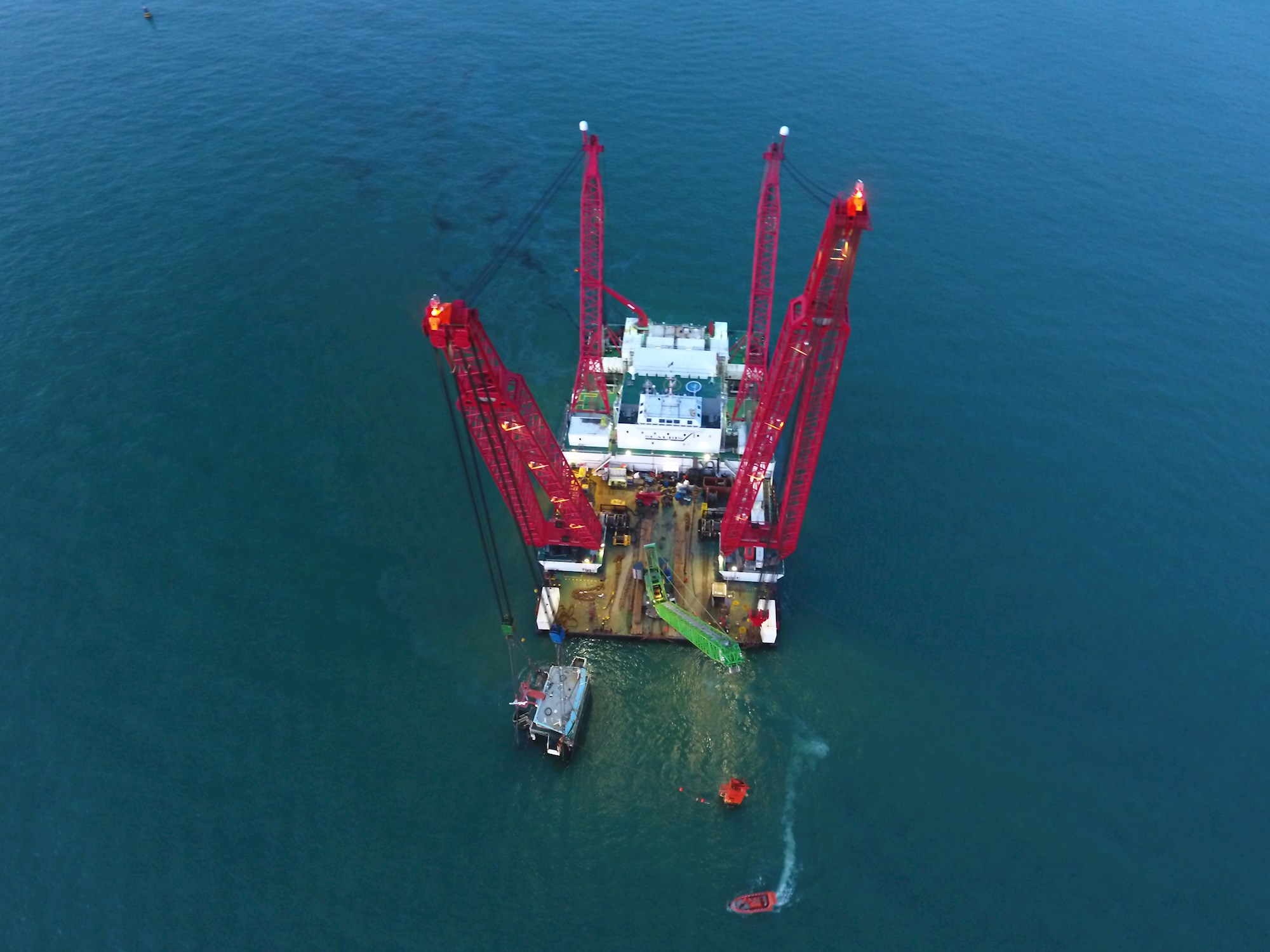 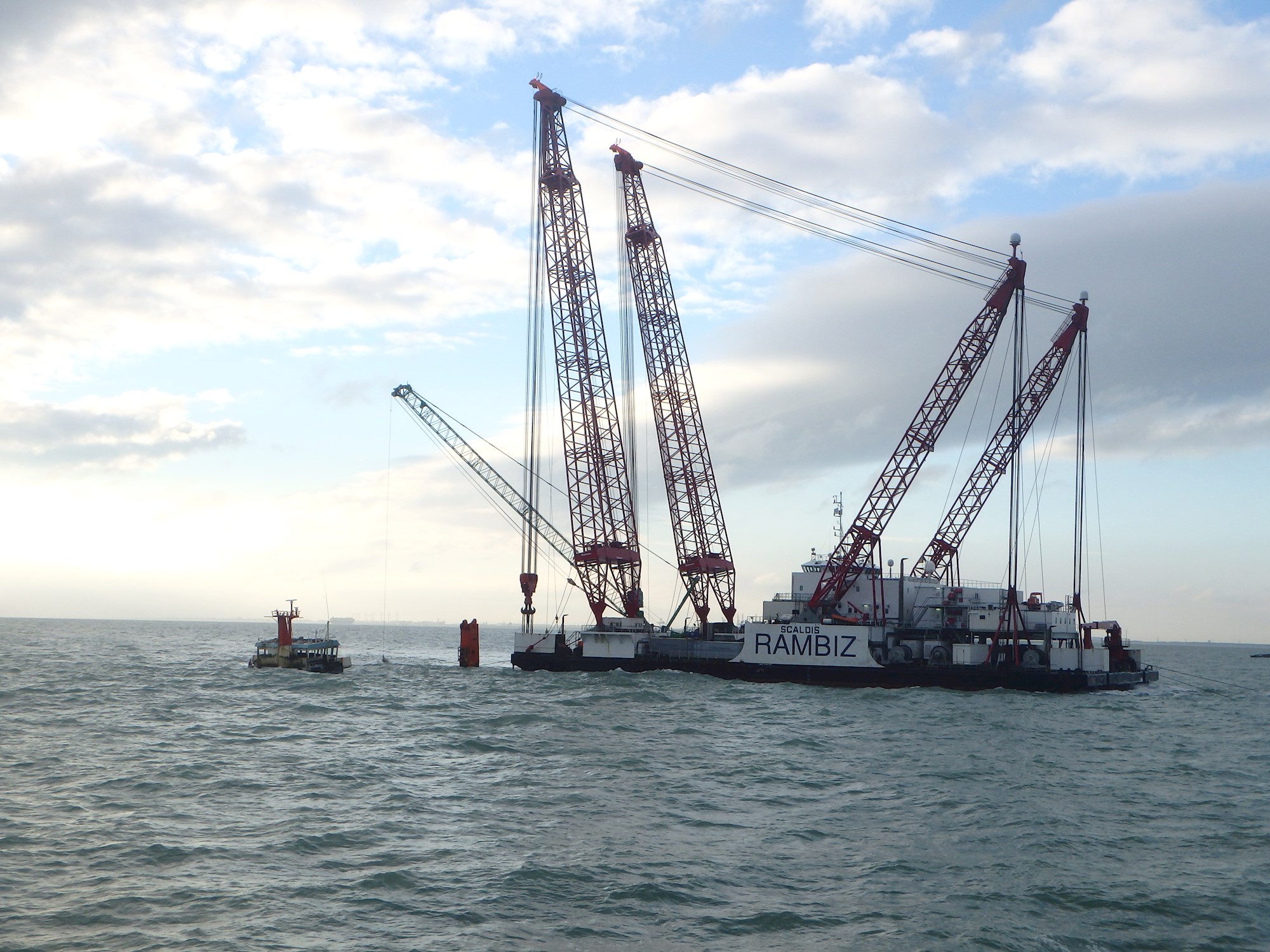 After being awarded the contract in April 2016, Scaldis immediately started the preparations and the mobilisation of the equipment to ensure a rapid response. Removing the cargo from the hold was the first step, whilst in parallel lifting chains were attached to the bow section of the Flinterstar. On 27th June 2016 all preparatory operations were finished and the lifting commenced. The lifting activities are progressing slowly as planned, due to the fact the water in the hold needs to be pumped out. Health, safety and environmental considerations are of paramount importance. During operations an oil containment vessel was active to capture the small amount of gas oil that was released. After the removal of the water, the bow has been placed on a bespoke pontoon ready for transport. Following seafastening of the bow section the pontoon will be towed to Ghent to be recycled. The stern of the ship is planned to be lifted and removed in August 2016.