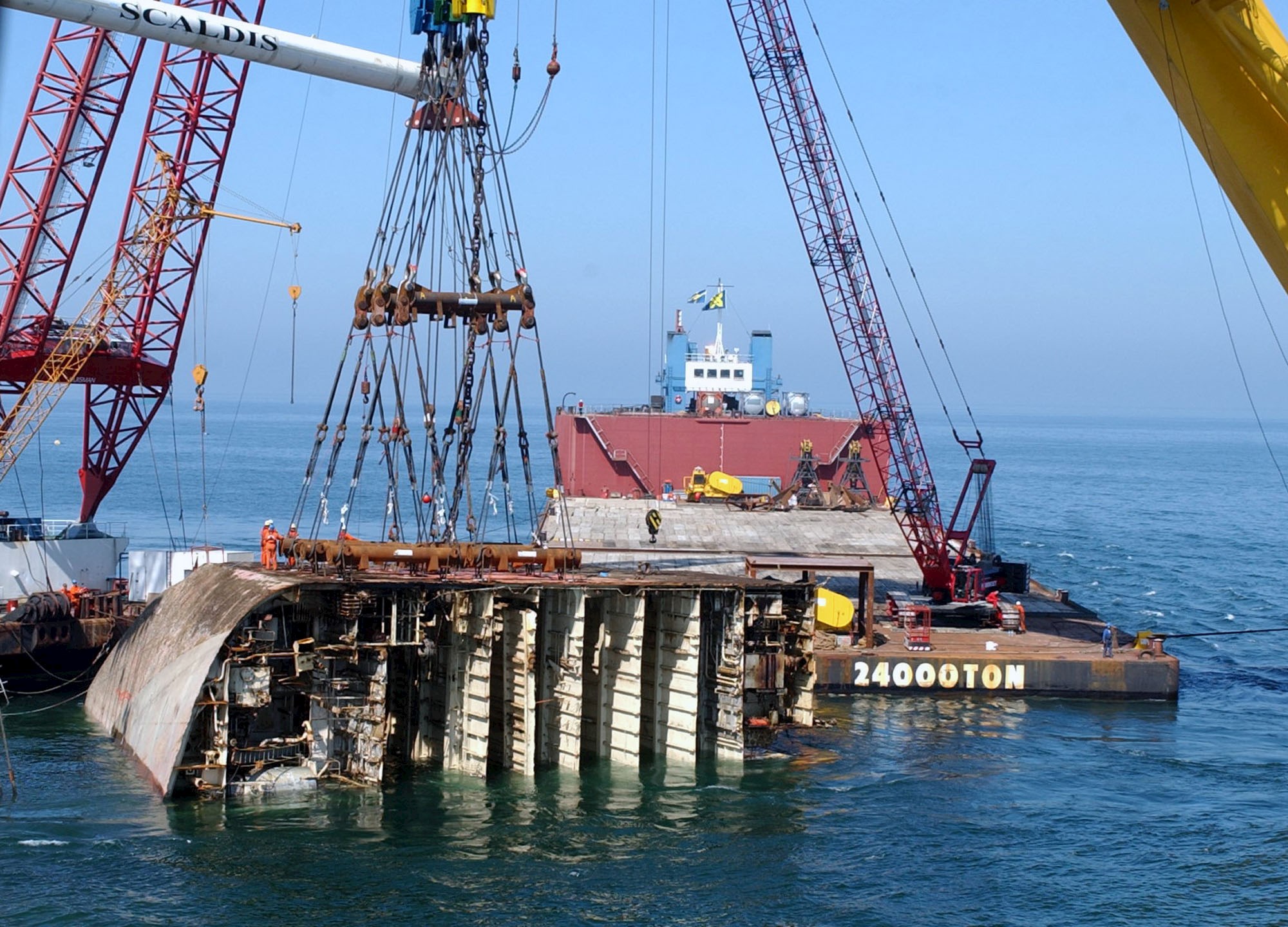 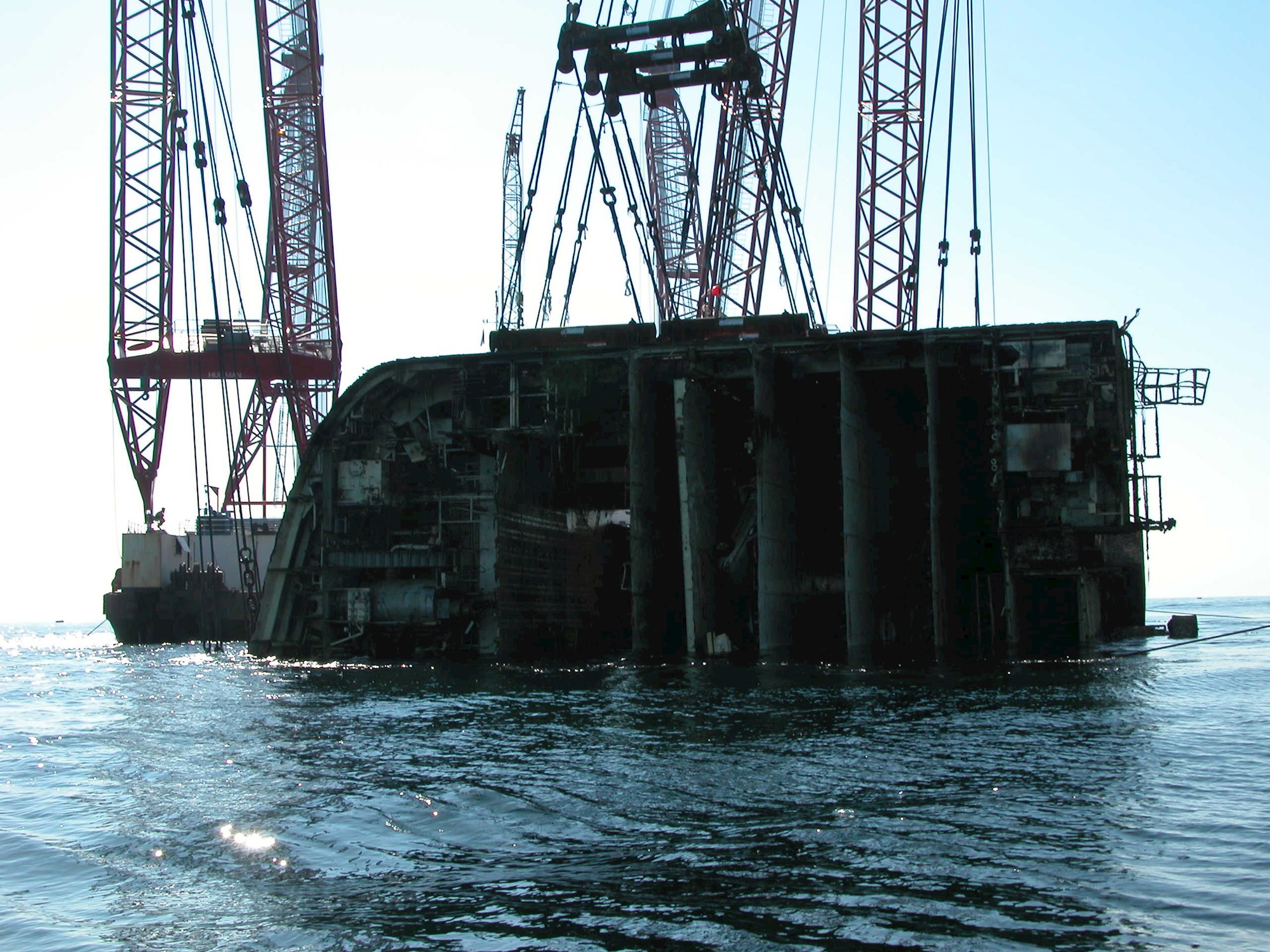 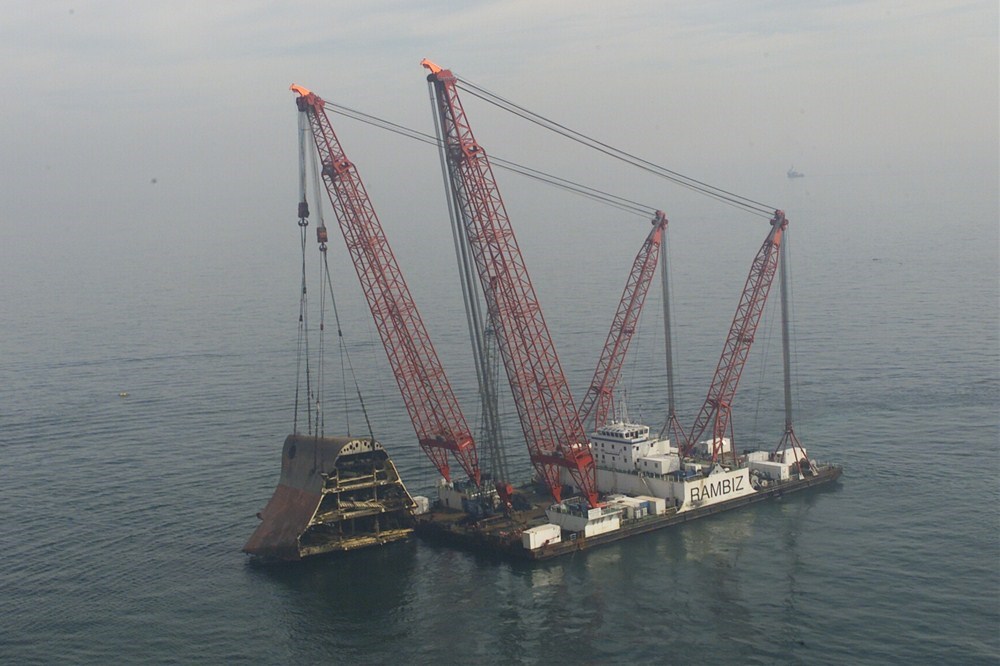 The 190m Tricolor sank in 30 metres of water, along with its cargo of approximately 3000 cars as a result of a collision. It was eventually declared a total loss. In December 2002, the French authorities ordered the removal of the wreck and this task fell to the consortium "CBT" consisting of Scaldis Salvage & Marine Contractors and three other companies.

Because the vessel was too large and heavy to be lifted or returned to an upright position in one piece CBT engineered a special salvage plan. CBT used a specially designed wire cutting system to divide the wreck into nine sections. The weight of the sections varied between 900 and 3000 tons.